Parents often turn to charter schools in hopes of finding a better education for their kids. But a new report shows that, thanks to a mismanaged federal program, millions of families are being left high and dry by failing charters — wasting hundreds of millions of taxpayer dollars in the process.

The U.S. Department of Education’s Charter Schools Program (CSP) funds new charter schools, as well as the expansion of existing charters. A disturbing new report from the Network for Public Education finds that the program has an astonishing 37 percent failure rate — 11 percent of the charter schools funded through CSP from 2006 to 2014 never even opened, and another 26 percent opened and then closed.

Students and their families who enrolled in these failed charter schools have had to deal with the consequences. The report gives the example of the CSP-funded Detroit Delta Prep Academy, which shut down abruptly just a few weeks into the school year, after being open for four years. One parent told the Detroit Free Press, “I entrusted her education to a group of people—they’re making me feel like I failed her.” The school was one of 112 charter schools in Michigan alone that were funded by CSP but either never opened in the first place or began serving students and then shut down.

The NPE’s research found that for many of the “ghost schools” that never even opened their doors to students, much of the funding was going toward supplies and consulting services for schools that had not been authorized to open. The report argues that “the practice of allowing unauthorized schools to receive funds, which has been in effect since 2001, has become a magnet for grifters, consultants and charter entrepreneurs who see an easy way to cash-in.”

For the more well-meaning charter school founders-to-be who received funding but couldn’t successfully open a school, the report points to “lack of competence” or “their community’s lack of interest” as other reasons for their failure.

As for the schools that did open and then closed shortly thereafter, the NPE’s research uncovered many cases of mismanagement and fraud, as well as questionable motives of the for-profit management companies that run some of the CSP-funded charter schools.

In the process, at least half a billion dollars in taxpayer funds have been wasted, thanks to lax oversight.

“Hundreds of millions of dollars sent to states with few rules of the road have resulted in the massive waste of federal tax dollars, as grants were doled out to individuals who had no credentials or experience to open up a new school,” say the report’s authors.

Peter Greene, a former high school English teacher, writing in Forbes, agrees. Charter schools need “to be subject to tighter regulation and accountability with bigger teeth,” he says. “After twenty-five years of costly waste and fraud, it’s long past time for taxpayers’ dollars and children to get more protection from the operators who have entered the charter school business simply to fleece the public.” 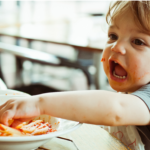 Trouble Getting Your Child To Eat Healthy Foods? Try This Simple Trick 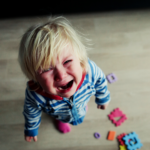