Causes and Solutions When Your Toddler Hits or Bites

When a toddler hits or bites—whether their aggression is directed at a parent, caregiver, or another child—it can be alarming, humiliating, and frustrating. If you have a one- to three-year-old who’s been lashing out, you’re probably racking your brain with questions like: Why is my child acting violently? Where did they learn that from? And how in the world do I get them to stop?

First of all, be assured that hitting and biting are quite common in toddlers, and there are very natural reasons for it. A recent study shows that a child’s social adjustment and use of aggression is determined by a mix of parenting and a kid’s individual temperament—but almost all children bite, kick, or hit at some point, until they develop better language skills and learn that words get them better results.

So just because your child is hurting you or others does not mean there’s something wrong with your child, or that you’ve done something wrong! But it’s still important to try to figure out the reason they’re acting out physically, and discourage the behavior.

Young kids have almost no self-control, and toddlers can’t develop much of a sense of compassion, either, until around age three. So remember that a hitting or biting toddler is not intentionally hurting anyone’s feelings—and that there are many possible explanations for their behavior at this age.

Here are some of the reasons a toddler may hit or bite:

What Parents Can Do

There are no magic solutions, and your approach will depend on your child’s personality as well as their age and communication skills. But all of the following suggestions, especially if you keep trying them repeatedly, can help your child pick up healthier habits for managing their emotions.

Just take a pause (take deep breaths or count to five in your head if that helps) and state in a very calm, neutral voice, “Let’s not hit. Hitting hurts.” That way, if they’re hitting just to get an exciting reaction or some attention, they won’t be getting what they wanted out of the behavior.

Then try to prepare them for those situations. For example, review with your child beforehand about what will be expected at a playdate, or what will happen when it’s time to get ready for bed, and remind them of appropriate ways to express any strong feelings they may have at those times.

Giving them this language gives them a way to communicate their needs instead of using physical aggression. For example, have them practice saying “I’m mad!” or “Can I have a turn?”

Let them take a break or even go home early when appropriate. This way, you can try to preempt the onset of the hitting/biting.

Pretend that one of them is in just the type of situation that led to your child hitting, and encourage your child to help teach the animal what to do instead of hitting. When your child is taking the lead, they might absorb the message better.

Strongly encourage others to avoid using those labels, too. It’s not their identity—it’s a behavior that they can learn to stop.

This might include teething toys, cold washcloths, and pacifiers; try to always keep these items accessible. You can also provide crunchy or chewy snacks before or during times when you suspect they could start biting others.

Show a toddler that if they’re angry, they can hit a soft item such as a pillow, or squeeze a stuffed animal really hard. Those coping mechanisms won’t hurt anyone, including themselves.

Take the toddler’s hand that they just used to hit you, and show them how to do a gentle touch in the same spot instead.

Seeing their favorite characters engage in physical behavior and get laughs or attention can encourage them to try the same tactics.

Instead, set examples for how to communicate in other ways.

For example, bring the child to look at something out the window, just to stop the hitting/biting in the moment. Then try one of the other methods above.

The most important thing to remember is that, no matter how it feels in the moment, your toddler isn’t being intentionally mean or bullying anyone. Normally this is just a phase, and your child will soon learn better ways to manage their emotions, ask for what they need, and understand other people’s feelings. If their biting and hitting continues long term, or if you try these suggestions and nothing seems to help, it’s always a good idea to talk to your child’s pediatrician. 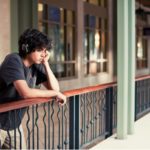 What to say to your neurotypical child about ADD/ADHD