Every parent wishes their child came with an instruction manual, or at least a kid-to-parent dictionary. That way, maybe we could more fully understand some of the things they say—especially those not-so-nice things they say sometimes when they’re frustrated or upset.

We tend to translate what our kids mean either very literally, or through our own adult perspective. But the true underlying meaning behind their words might be quite different from what we assume! That’s because kids don’t have a fully developed vocabulary, or a full range of coping or social-emotional skills, so they don’t always say exactly what they mean. Understanding what’s behind their words can help us respond in a calmer, more appropriate way.

Here are some common phrases you might hear from your kids—along with what we usually assume it means, what they probably really meant deep down (but couldn’t properly express), and some suggestions for what you can say in response.

When your child says something negative…

Nobody has a positive attitude all the time, but hearing negativity from your child can be particularly heartbreaking (and yeah, in some cases, pretty confusing).

If it’s a longer-term problem or your child frequently says negative things about themselves, there are steps you can take to handle negative self-talk. But in the moment, here are some translations and suggestions for what to say to more general negative statements:

“I can’t” is a phrase in particular that can be frustrating for parents—especially when we know they really CAN do whatever the task at hand is. But rushing in to reassure them that “Yes you can!” actually might not be the best response, since that just dismisses their feelings. Here are some additional responses you can try:

Also, negative body talk like, “I’m ugly” can be particularly troubling—and can start much earlier in childhood than many of us think (as young as three years old)! Here are some additional things you can say to boost their confidence, promote a positive body image, and get a deeper understanding of what they’re experiencing:

When your child whines…

Unfortunately, every parent is going to deal with their kiddos whining from time to time (though sometimes it might seem like ALL the time)!

Kids whine because they have unmet needs (like for attention or help), or they just haven’t learned a positive, productive way to express their feelings. Swipe through the images below to see several phrases you might have heard your kiddo say in that all-too-familiar whiny tone:

It can be really tough to know what to say when your child whines, especially since the whining tone is specifically designed to be irritating, making it tough to stay calm. No kidding, it’s science: Whining is one of the most irritating sounds on the planet! And for good reason—whining is shown to cause a stress response in adults that makes them pay attention (which is exactly what your kiddo needs in that moment).

But just telling your kid to stop whining never works; it ignores the underlying reasons your child is whining and makes them feel less seen than ever, which actually makes them whine more! Here are some phrases you can try instead:

When your child says something mean…

Kids don’t intend to be cruel, but sometimes in the heat of the moment they respond to a situation in a way that sounds kind of… well, mean. First and foremost, don’t take it personally. Kids of all ages tend to blurt out hurtful things when they have a problem they don’t know how to solve, or when they’re still learning to take the feelings of others into account. Occasionally they might say mean things intentionally to get a response out of you, but how it sounds still isn’t necessarily directly connected to how they really feel—it’s often said more from a need for connection and empathy.

Here again, understanding what they’re really trying to say or work through can help you react in a way that gets you both through the moment, rather than reacting with defensiveness or anger, which only serves to escalate the situation.

Teens and tweens get a particularly bad reputation for saying things that are problematic, in part because they’re older and we expect more from them. But we have to keep in mind, kids this age are dealing with a lot of brain development, social pressures, and hormonal shifts—so once we cut them some slack, things they say might not actually be as bad as it seems at first.

Next time your child says something that triggers a negative response from you, these examples can get you thinking about how you typically translate what your child says—and how your reaction might be very different when you take a second to get to the heart of what’s going on behind their words. 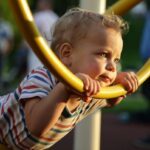 7 Tips for Helping Young Kids be Social and Make Friends 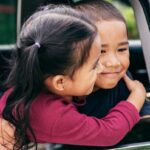 How to cultivate compassion between siblings