Remember the famous Marshmallow Test? In it, psychologist Walter Mischel attempted to predict future success by giving children between the ages of four and six a marshmallow. The kids were told that they could scarf it down right away—but if they waited 15 minutes to eat it, they’d get two marshmallows. Mischel followed up with those kids years later, and found that the children who were able to wait—and earn that second treat—ended up more successful. The self control necessary to delay gratification as children was said to be linked to qualities like better grades and higher levels of self confidence.

That old marshmallow test had some critics (and even Mischel himself advised caution when interpreting his results), but now it might be getting a replacement. A Canadian study on the relationship between childhood behaviors and adult earnings offered some interesting findings.

Being able to pay attention, and exhibiting kindness (particularly for boys) were linked to higher earnings.

Authors of the study reported that “inattention at age 6 years was found to be associated with lower annual earnings at age 33 to 35 years, after adjustment for IQ and family adversity.”

When looking at the male study participants, researchers also found that “aggression-opposition was associated with lower annual earnings” and males with positive social interaction and engagement with peers had higher annual earnings.

Based on the study, kindergarten teachers may be able to observe current behaviors of their students and predict their success 30 years into the future. Teachers may also be able to identify those students who need additional support maintaining attention and improving social skills.

The Canadian report not only helps isolate the characteristics that help a child become a successful adult, but also gives us another avenue for offering support. Children struggling in kindergarten may be able to get targeted support in areas important to their future successes. 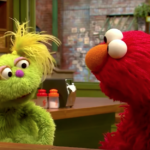 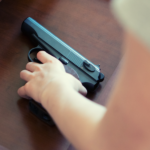 This Is the First Step Toward Ending Childhood Firearm Deaths