How To Handle Relationships When You Disagree About Social Distancing

Just because places are reopening, the pandemic hasn’t changed. We’re all still at risk of contracting COVID-19, and that’s the way it’s likely to be until there’s a vaccine and most people have access to it, or until more people start wearing masks for a sustained period of time. The whole experience has taken a physical, mental, and emotional toll on a lot of people, and many are ready to “get back to normal.” Others, however, aren’t so ready—and might not be until cases are on the decline in their area, a vaccine is ready, or some other benchmark is met that makes them more comfortable.

Adding to the stress for many parents is the fact that their kids are begging to see their friends, even though those friends might not have been socially distancing themselves.

In some families and social circles, it’s causing a clash between those who are committed to social distancing and mask-wearing—and those who aren’t.

Why differences are causing friction

It’s easy to assume that our friends and family think the same way we do, so when we’re met with a situation where our friend is behaving in a way that’s opposite to our response, that can be very surprising and jarring, clinical psychologist Miriam Kirmayer recently told The Atlantic. “Reciprocity is a core expectation of our friendships.” Disagreeing about something as fundamental as personal safety can make people feel defensive and judged.

Nobody wants to feel judged, but parents are certainly no strangers to criticism. “Parents have been judged for their choices since the dawn of time,” says Tania Paredes, Ph.D., a family therapist in Miami, Florida. “This is not really that different than a difference of opinion on whether to bottle-feed or breastfeed, for example. Either way, you’re making a personal decision about the welfare of your kids, just like any other decision you make as a parent.”

Still, it’s tough to have loved ones criticize you during a time that already feels stressful. But the last thing anyone wants is a trail of strained relationships on top of everything else going on in the world right now.

What you can say and do

It’s important not to make a decision based on how other people feel about it but rather on how you feel, regardless of how it appears to others, Paredes says. Many people worry, though, that friends and family won’t understand why they’re refusing a social invitation or playdate, or—even worse—that they’ll take it personally.

To minimize judgment or hurt feelings on either side, try using language like, “I would really love to see you and so would the kids, but we should probably wait until we’re both on the same page, so we both feel good about it.” Thank them for the invitation, and let them know how much you’re looking forward to getting together when things are more under control. You can also offer an alternative you’re comfortable with, like meeting up on Zoom. If the situation still feels uncomfortable, remind them what their friendship means to you, and kindly ask that they respect your choice, just like you’re planning to respect theirs.

“Ultimately parents need to decide what’s best for their children, and they can’t dictate to others what to do with theirs,” she adds. “If people don’t want to follow the rules that’s OK, just like it’s OK if you’re a parent who does.”

According to experts, social distancing works best when everyone participates, so when you protect yourself, you’re also protecting others—and vice versa. The good news is the research is occurring at a rapid rate and having more quality family time isn’t a bad thing, even if your world is still pretty isolated for now. We’re also discovering new technologies and ways to connect with those we love, which means there are plenty of reasons to just keep doing what you’ve been doing virtually, or only slightly widening your circle for limited safe in-person activities, if that’s what makes you comfortable. 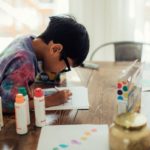 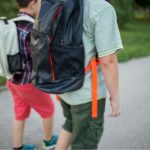 Ready for back to school? Doctors share the one thing you need to do that you might not have thought of