Concern for kids during the pandemic has grown, and many parents of young children under 5, who don’t qualify for any of the Covid vaccines yet, are tired of waiting. Kids under 5 make up approximately 3 percent of the Covid cases in the United States, and 0.1 percent of deaths, according to data from the Centers for Disease Control and Prevention (CDC), but during the Omicron variant this age group was more likely to be hospitalized than older kids. So social situations for unvaccinated young kids remain complicated for many families, as much of the country starts to unmask and parents of little ones have been left to wonder—should I keep my preschooler home from their friend’s birthday party? Can my toddler safely play in the mall play area? Can my parents hold my baby yet?

In the coming weeks, pharmaceutical company Moderna plans to seek authorization from the Food and Drug Administration (FDA) for their COVID-19 vaccine for kids under six years old. The Moderna pediatric vaccine will take the form of a two-dose shot, with the second dose being given approximately 28 days after the first.

The clinical trial consisted of 2,500 children from ages six months to under two, and 4,200 children from ages two to under six. Moderna reported that their tests revealed a similar antibody response to the adult version of the vaccine. The majority of side effects experienced by trial subjects were mild or moderate, and no cases of a rare heart condition called myocarditis were reported, the company said. Furthermore, no severe cases of COVID-19 were reported during the trials.

Once Moderna has submitted the vaccine for emergency authorization, the FDA will review the data and make a recommendation about whether to authorize it for use by the general public. The next step is for the CDC to weigh in, which can happen quickly after the FDA authorization comes through.

Because there were no incidents of severe disease during the study, there may not be sufficient data about how well the Moderna vaccine protects kids against severe infection or hospitalization. The Pfizer pediatric vaccine encountered a similar roadblock earlier this year when the FDA requested more data before they can approve the vaccine for children under six years old.

One advantage the Moderna vaccine has in this case, though, is its efficacy in all age groups. Moderna said that its 25 microgram dose—about a quarter of the adult dose—produced an immune response in all children six years old and younger that was similar to what was seen in adults ages 18 to 25. Pfizer’s trial data, on the other hand, showed an immune response in children 6 to 24 months old that was similar to young adults, but not in children between 2 and under 5 years old.

The ultimate effectiveness of the Moderna vaccine, however, seemed fairly low to some, at about 44 percent for children six months to two years, and 37 percent for children between two and five. The company states that the results are in line with other vaccines, and the important numbers to look at are related to severe disease and hospitalization (which the vaccine appears to protect against well) rather than the odds a child will have a mild illness. Anthony Fauci, the White House chief medical advisor, seemed to agree at a briefing held last week. “The efficacy against infection was 44 percent,” he said. “Now, that may seem like a low number, but in the era of Omicron, this is actually quite comparable to the efficacy against infection in what we’re seeing now with other vaccines.”

In a statement to the press, Moderna CEO Stéphane Bancel said, “We believe these latest results from the KidCOVE study are good news for parents of children under 6 years of age.” The company looks ahead optimistically to the approval process, with hopes of getting their pediatric vaccine on the market in the near future. 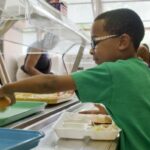 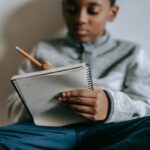 10 Mindfulness Activities for Kids, from Toddlers to Teens