Nearly two-thirds of American families do not have enough money in savings to last them six weeks. The six-week rule of thumb is a new recommendation from the JPMorgan Chase Institute for how much to keep in the family savings account for emergencies. Saving the equivalent amount of take-home pay for that time period can help families cover expenses during events such as temporary unemployment, unexpected medical leave, or downturns in the economy.

JPMorgan Chase’s research institute used anonymous data from millions of checking accounts to determine the amount a family would need to get back on their feet after a financial emergency. Their updated six-week recommendation may come as a relief to many families, since the traditional guideline for recommended emergency savings is six months of pay.

In fact, investing too much of a family’s income into an emergency savings account can cost more in the long run. Not only will they lose out on maximizing other investment opportunities that will earn more over time, these overstuffed savings accounts could wind up losing value due to inflation.

That’s the good news. The bad news, however, is that the majority of families in the U.S. are still struggling to even keep six weeks of pay set aside. This financial difficulty that millions of families are facing comes despite all of the data which points to a booming economy. According to an analysis by MarketWatch, wages for the average worker are not increasing fast enough to keep up with the rapidly rising cost of living.

Few parents do it, but we need to talk to our kids about money.

So what can families do to start protecting themselves from financial emergencies in the future? Family wealth coach Amy Castoro, CEO of The Williams Group, told the New York Times that she encourages parents to talk openly about the family finances with their kids.

Parents tend to avoid talking about money with their kids for plenty of reasons. Many parents feel they have precious little one-on-one time with their kids as it is, and are loathe to spend it talking about a subject that could be boring or uncomfortable. Some also feel guilt about not being able to have more money on hand, and others don’t feel they have a strong enough grasp of money themselves to teach their kids about it.

As tough as it might be to dive in, however, getting the conversation started is important. Lack of communication can lead to major disputes over the family savings later on. Plus, talking money with kids will encourage them to practice good financial habits as they grow up. A better, more open understanding of finances can also head off negative emotions arising from what might seem like uneven or unfair distribution of the funds the family does have, and can reduce stress around a shortage of cash and the uncertainty that brings.

Don’t know where to start? To begin with, frame day-to-day talks when money comes up from a position of strength and empowerment. That way, kids get the idea that finances are something you can control, rather than something that controls you. Psychotherapist Amy Morin advises on CNBC that parents should avoid phrases like “We’ll never afford that,” a common refrain from parents resisting their children’s pricey requests. Instead, she suggests telling your child what you might do to achieve that goal in the future — such as taking classes to help you get a raise, or adjusting priorities to make the new expense more affordable — or helping the child set up a savings plan so they can work towards purchasing it themselves. From there, People has a helpful guide for talking to kids about money, with tips for every age group. 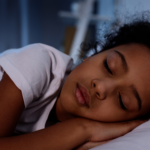 Only Half of U.S. Children Get Enough Sleep During the Week 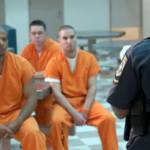 Incarcerated Parents Are Being Given a ‘Second Chance’ With New Program