Families of the twenty children and six adults killed in the 2012 Sandy Hook Elementary School shootings in Newtown, Connecticut can proceed with their suit against gunmaker Remington Arms Co. following a Supreme Court ruling which denied the company’s appeal earlier this month.

While Remington points to legislation shielding gun manufacturers and dealers from prosecution over crimes and misuse of their products, the relatives of those slain say the company should bear responsibility for making and promoting the Bushmaster AR-15 rifle used in the Sandy Hook massacre. Now, five years since they launched the wrongful death suit family members can finally have their day in court.

“The families’ goal has always been to shed light on Remington’s calculated and profit-driven strategy to expand the AR-15 market and court high-risk users, all at the expense of Americans’ safety. Today’s decision is a critical step toward achieving that goal,” said attorney Josh Koskoff of Koskoff, Koskoff & Bieder in a statement issued by the family.

In 2014, two years after the Sandy Hook shootings, families of the victims first filed a wrongful death suit against the manufacturers, distributors, and vendors of the Bushmaster rifle used in the killings. They maintain that Remington Arms Co., which owns Bushmaster, violated the Connecticut Unfair Trade Practices Act (CUTPA) by selling and marketing of the AR-15 rifle, typically used by the military and law enforcement, to lay consumers. While the suit was dismissed by a lower court in 2016, the families appealed to the state’s highest court, which ruled in favor of their case proceeding. This past April, Remington appealed to the Supreme Court, saying the gunmaker has immunity to such lawsuits under the Protection of Lawful Commerce in Arms Act. The Supreme Court ruling rejects the company’s efforts to block the suit from moving forward.

In a November 2017 hearing, defense attorney James Vogts said that “what happened in the school that morning was horrific.” He then referenced the gunman, adding, “The manufacturer and the sellers of the firearm used that day are not legally responsible for his crimes and harms that he caused.”

The AR-15, a lightweight rifle which shoots one round for every trigger pull, is modeled after Colt company’s M16 rifle developed for military use in the 1960s. In September Colt, which is based in Hartford, Connecticut, announced that it will no longer produce the rifles for civilian consumers.

“The fact of the matter is that over the last few years, the market for modern sporting rifles has experienced significant excess manufacturing capacity,” Colt President and CEO Dennis Veilleux said in a statement.

Colt has characterized this change as a business decision having little to do with public backlash after the AR-15 was used several mass shootings in the U.S. Yet, public sentiment and the platforms of several presidential candidates has made gun control a key issue in the run up to the 2020 elections.

For families of the Sandy Hook victims, the Supreme Court ruling means their fight continues with the return of their case to a lower court in the state of Connecticut. 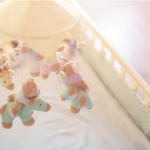 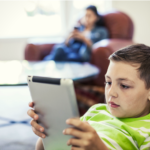