A Virginia school district, one of the largest in the U.S., has announced that it will allow its students one excused absence per school year to participate in protests and other “civic engagement activities.”

Starting Jan. 27, 2020, Fairfax County Public Schools in Virginia, the largest school district in the state, plans to start allowing the absences for students in seventh through 12th grades. Ryan McElveen, an at-large member of their school board, proposed the policy last year after seeing “a steady rise in student activism,” he said on Twitter.

The policy has faced some backlash since it was made public, especially from conservatives who worry that the measure favor their more liberal students, according to The Washington Post.

“Kids on the right who are active, they tend to be doing it by preparing to run for school board, or being aides in legislature,” Meira Levinson, a Harvard University professor who studies education, told the Post. She added that in doing research for her recent book on educational ethics, “I kept looking for examples of students protesting on the right, and it’s very, very hard to find.”

However, others argue that supporting the rise of youth activism is instrumental to society.

“Around the world, we are seeing children and youth engage as social, political, and economic actors, demonstrating their capacity to help make social change,” Jessica Taft, an associate professor of Latin American and Latino Studies, told the University of California, Santa Cruz. “Adults make a lot of assumptions about children and what they’re capable of, and those assumptions are often quite false.” Do Something, a non-profit supporting young people and social change, points to many historical changes brought about by student activism, including climate marches, mental health activism, and over 50 gun safety laws passed with help from March For Our Lives and the National School Walkout, led by student survivors of the Parkland school shooting.

According to McElveen, students and their guardians will be asked to fill out a form and provide proof that they actively participated in the event, and must give at least two days’ notice before the absence. 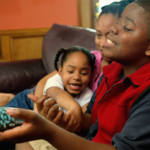 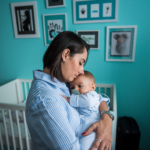