What Parents Should Know About Transgender Kids

You don’t need to be the parent of a transgender child to know it’s a complicated situation to find yourself in, but it can also be a very rewarding one, as many parents of transgender kids attest.

Whether your child has told you they’re transgender, you’re curious if they might be, or you just want to make sure you’re fully informed to support your kids’ friends or other community members—below are seven of the most important things you should be sure to know.

What does it mean to be transgender?

Unlike sexual identity, which is connected to a person’s sexual orientation, gender identity refers to a person’s conception of themselves. A child may be born a boy but feel more like a girl, or vice versa—and over time, that feeling becomes so strong they want the world to see them the way they see themselves. A trans child may identify as a boy or a girl, or they may identify as non-binary. Unlike children who come out as gay, a trans teenager may be interested in dating boys, girls, both, or neither.

Can you “tell” if your child is trans?

It’s not always obvious from an early age, so many parents go years without realizing their child is trans.

Trans kids don’t always conform to stereotypical behavior for their gender. Many trans boys enjoyed playing with dolls as little kids, for example. Some children go through phases, sometimes seeming definitely girly, other times boyish, and sometimes perhaps somewhere in the middle. A recent study by the University of Washington found that trans kids showed about the same level of gender conformity as their cis peers.

In fact, while some children seem to know as early as 18-24 months old, many children don’t realize it themselves until they’re nearing puberty or later—so it’s important not to beat yourself up for having “missed something.” The process is an evolution that can often take years to reveal itself. It may take a child a while to know if they are trans or not. The best thing parents can do is be patient with their child and give them time to figure it out.

For many trans kids, making changes to their lives and bodies to reflect those feelings feels like the most natural thing to do. This can be hard on parents who’ve never had that feeling themselves, especially if you live in a community that’s not particularly welcoming, or if you have extended family members that you know will judge or express disapproval. But with time, empathy, and compassion, loving a trans child is no different than loving any other child.

A lot of parents are scared of the possibility of their child going through a gender transition, but gender transition can make a huge positive difference in trans people’s lives, and because transition is a long, slow process, a child can stop at any time to regroup, reconnect with themselves, or halt the process altogether.

New names and pronouns may be just the start.

For most kids, what’s known as a social transition is a safe place to start. This includes changing their name and pronouns, as actor Elliot Page (well known from Hollywood films like Juno and Inception) recently did. Social transition may also include a change of hairstyle and a new wardrobe more closely associated with the gender they feel most comfortable with.

The best thing parents can do is be supportive. That means both encouraging the changes and calling them by their new name, as well as asking others to do the same. It may feel awkward at first, but the only way to get past that is with practice.

Plus over time, seeing your child feeling more comfortable in their own skin can be a game-changer that squashes away lingering doubts. As you’ll learn more about below, this is an area where you can have a huge impact on your child’s success and happiness in life.

Next steps could include a physical transformation.

A social transition may be enough for some trans people, but others determine that a medical transition is the only path to living a truly fulfilling and happy life. If a child decides they want to take that next step, it won’t happen overnight. Medical transitions take time, in part because the process involves seeing doctors, counselors, and other professionals who are specially trained in this area. As a result, a medical transition can involve social, medical, and surgical options, or a combination thereof, but not every trans person chooses each intervention available.

One of the first steps in a medical transition often involves taking puberty blockers, which are reversible in case a child changes their mind. These have been shown to be very helpful to trans children because they can help avoid the negative long-term impacts of enduring the “wrong” puberty. Older teens may consider cross-sex hormones or surgery to align their body chemistry and physiology with their thoughts and feelings, but these are not administered until a person is old enough to make a fully informed decision, so parents shouldn’t expect to deal with this until a child is at least 18. Sometimes kids will start hormones a bit younger (around 16) but this is usually after a long period of social transition and with parental support.

Won’t my child’s life be harder as a trans person?

Despite the fact that the trans community has more support today than it ever has before, society has plenty of progress still to make, and the path will be filled with obstacles and land mines just like any other difficult path a child takes in life.

Again, the key is to stay positive, supportive, and loving. If you spend too much time highlighting the potential obstacles, it may rob your child of the confidence it takes to live in accordance with your true self.

“Once our daughter came out, the language in our home became predominantly negative. Are you sure? Your life is going to be so much harder and you’ll be discriminated against. You are so smart with so much potential, but some people won’t see that. You’ll have a more difficult time getting a job. You’ll have to work harder to prove your worth. You could be the victim of a hate crime.

Even if my husband and I weren’t always making these statements directly to our daughter, fear and worry pervaded all of our conversations, creating an overall negative energy in our home. One day we found our daughter moping around on the couch, dismayed about her future, and realized it was all our fault.” — Paria Hassouri, M.D., The New York Times

We spend so much time telling our children that with smarts, compassion, and a desire to do the right thing, there are no limits to what they can accomplish — why should this be any different?

What’s the MOST important thing I can do as a parent?

Things can be hard for trans kids, but having the support of their parents and other adults makes a huge difference. Even if you have a hard time understanding what your kid is going through, accepting and believing them goes a long way. While transgender kids often face significant mental health challenges, when kids are allowed to express their gender identity and their family backs them up, they aren’t any more likely to have negative mental health effects than their peers.

Being able to express their gender identity—with family support—is also related to a decreased risk of suicide and other negative mental health effects. Studies show that, with support from parents, trans kids’ mental health is similar to that of people whose gender identity matched their sex assigned at birth (what’s known as being cisgender).

Finally, it’s important to note that no two trans people are the same. Everyone’s path is different and everyone moves along that path at their own pace. According to the American Academy of Pediatrics’ first policy statement on the care of transgender and gender diverse kids, “There is no prescribed path, sequence or endpoint.” Loving a child through it will ultimately light the way. 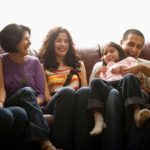 How to Create A Family Trivia Game In 3 Simple Steps 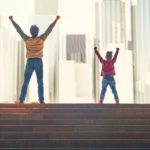 How To Set a Positive Tone For a Tough Week