Catcalling, lewd stares, sexual comments, and other unwanted physical attention and harassment are unfortunately not only realities that adult women endure—young girls and teenagers are frequent victims of these misogynist behaviors as well. And they have a powerful and lasting effect.

“Catcalling and other objectifying behaviors can make girls feel their value lies solely in how they look as opposed to what they think or the things they can accomplish,” explains Andrea Bastiani Archibald, Ph.D., a developmental psychology expert with Girl Scouts of the USA. “That kicks off a domino effect of girls engaging in self-objectifying—feeling overly concerned about how they look, comparing their bodies to those of other girls and women, and even judging other girls based on their looks.”

Multiple sources confirm that girls are experiencing sexual harassment at alarming rates from a young age. According to research out of the University of Illinois Urbana-Champaign, one in four middle school students have experienced verbal or physical sexual harassment at school. Three in four girls aged 14 to 19 report feeling “unsafe as a girl” at least some of the time, and 55 percent of girls 10 through 19 say they hear boys making sexual comments about girls multiple times a week, says a Plan International report.

The Girl Scouts website offers six key guidelines for how to talk to your kids (both daughters and sons) about sexual harassment—including how to prepare them for it, how to support their resilience through it, and how to make sure they don’t initiate or enable it.

Point it out in media and in real life

If (more like when!) you happen upon a sexist interaction or sexist joke while watching a show or walking down the street with your children, don’t ignore it. Point out what happened and why it wasn’t okay or funny. Use this as a jumping off point to find out whether your child has experienced or overheard anything similar.

Start talking to your child early—say, third or fourth grade—since kids can be exposed to sexual harassment or assault earlier than you might expect. A National Women’s Law Center survey showed that one in five girls aged 14 to 18 had experienced sexual assault (kissing or touching without consent), but only 2 percent had reported the incident to their parents. By opening up a dialogue, parents can send the message to kids that it’s an appropriate topic to discuss—not a shameful one.

Tell her it’s not her fault

As part of your discussion, make sure it’s clear that unwanted sexual attention is never, ever the “fault” of the recipient—no matter how they look or dress. Let girls know that sexual harassment is neither deserved nor expected, and that you won’t judge them for being on the receiving end.

Plan what to do if it happens

Discuss what your child can do if she’s the victim of sexual harassment. Let her know that she doesn’t have to be polite, and that the most important next step is to move away from the unsafe situation, and to tell you or another trusted adult what happened. If the perpetrator was a classmate or friend whom they feel safe talking to, they can also try to tell that person that their words or actions were not okay.

Talk to boys too

Girls aren’t the only ones who should participate in these discussions about sexual harassment. It’s equally important to discuss all of the above points with boys and young men, to make sure they don’t get caught up in sexist behaviors themselves. Boys should learn how to respond when friends, classmates, and media sources make sexist remarks, as well as ways to support girls who are targeted.

Encourage change in the community

If you’ve seen a pattern of sexual harassment or sexist comments in a community that you’re a part of, discuss the problem with other adults, administrators, and leaders in that group. See if you can initiate a workshop, meeting, or discussion that will increase people’s awareness and empathy around issues of sexual harassment and assault. 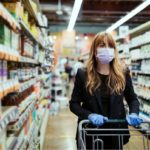 Planning Meals In Times of Crisis 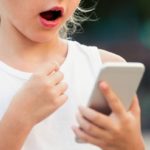