A new study showed that almost 40 percent of kids with smartphones had either received or sent sexually explicit messages or content by the age of 13. And it can start even earlier, especially for girls: more than 15 percent of 8-year-old girls in the study had been exposed to sexting, compared to 5.9 percent of boys at the same age.

The research was conducted by Jiminy, an app that helps parents stay aware of their children’s digital activity. The study analyzed 54 million texts and 1.5 million hours of phone usage over a nine-month period. Jiminy used algorithms to search the anonymized data for anything potentially related to sexual content, from phallic eggplant emojis to phrases like “how old are you” to requests for nude photos.

Overall, the data showed that more than half of the sexting for kids and teens in the study was mutual, with 58.5 percent of all sexts for 10- to 17-year-olds occurring back and forth between two seemingly willing participants.

“We recommend that due to the ubiquity of sexting, parents should stay informed and actively talk with their children about it, and do so at an earlier age than they imagine they should,” says Shefet Oren, a clinical psychologist and co-founder of Jiminy.

But remember that the aim of these discussions is not to shame kids and teens for wanting to experiment with sex talk in the first place, but to make sure they understand the potential consequences. Remind them that all digital communication has a permanent digital trail—i.e. anyone can screenshot or save your messages, photos, and videos and share them with others.

It’s also another super important opportunity to talk about consent (digital and real-life) with both boys and girls. Nude photos often become fodder for further bullying and sexual harassment, so teach boys and girls to speak up about this kind of abuse and to support the victims, rather than standing by and watching it happen to friends and classmates. 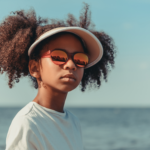 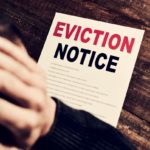 Eviction Freezes Are Ending—What Happens Next For Families?