Lunar New Year, also sometimes known as Chinese New Year or Spring Festival, is a 2-week celebration that celebrates luck, health, and reuniting with family.  While it’s very widely celebrated, many kids might not know a lot about it.

Many cities have parades and some schools teach students about it. Ask your child how much they know about this centuries-old celebration of fortune, family and health.

This year, Lunar New Year kicks off on February 1, 2022. The 15-day celebration honors ancestors and brings communities together with parades, activities, and customs believed to bring luck, prosperity, and happiness.

It can vary based on local traditions, but festivities usually start with a family feast (called a reunion dinner) full of traditional foods, and end with a Lantern Festival. Family is a very important part of the holiday, so normally hundreds of millions of people travel to celebrate in their hometowns—but this year, because of the pandemic, people are still strongly encouraged not to travel.

“There are reasons tied to the calendar for celebrating the Spring Festival, but there are traditional stories about how it started, too. The most common legend says…

Centuries ago, a monster named Nian terrorized Chinese villagers so much that a wise monk advised everyone to use loud noises, burn bamboo torches, and hang red lanterns in doorways to scare him off. It worked! The day Nian was finally defeated became the start of the Lunar New Year.”

2022 is the Year of the Tiger—the tiger symbolizes courage, ambition, adventure, and generosity. 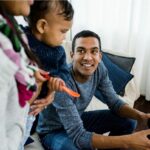 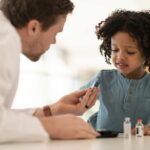