Lunar New Year, also sometimes known as Chinese New Year or Spring Festival, is a 2-week celebration that celebrates luck, health, and reuniting with family.  While it’s very widely celebrated, many kids might not know a lot about it.

Many cities have parades and some schools teach students about it. Ask your child how much they know about this centuries-old celebration of fortune, family and health.

This year, Lunar New Year kicks off on January 22nd, 2023. The 15-day celebration honors ancestors and brings communities together with parades, activities, and customs believed to bring luck, prosperity, and happiness.

It can vary based on local traditions, but festivities usually start with a family feast (called a reunion dinner) full of traditional foods, and end with a Lantern Festival. Family is a very important part of the holiday, so hundreds of millions of people typically travel to celebrate in their hometowns.

“There are reasons tied to the calendar for celebrating the Spring Festival, but there are traditional stories about how it started, too. The most common legend says…

Centuries ago, a monster named Nian terrorized Chinese villagers so much that a wise monk advised everyone to use loud noises, burn bamboo torches, and hang red lanterns in doorways to scare him off. It worked! The day Nian was finally defeated became the start of the Lunar New Year.”

One reason people believe Vietnamese culture celebrates this new year as the Year of the Cat is that the branch of the calendar corresponding to “rabbit” is pronounced “mao” in Mandarin Chinese and “meo” in Vietnamese, which sounds like the Vietnamese word for “cat.” However, it could also be explained by the legends of how the zodiac animals were originally chosen.

According to PBS, in the Chinese version of the legend, the cat and the rat were riding across a river on an ox when the rat pushed the cat into the water so that the cat arrived last and was disqualified. The rabbit was crossing the river by hopping on stones, and on its last jump it landed on a floating log that quickly carried it to the shore—so the rabbit finished fourth, and became the fourth animal in the zodiac. However, in the Vietnamese version (which doesn’t include a rabbit at all), the cat could swim after being pushed off the ox and ended up arriving fourth instead of being disqualified. 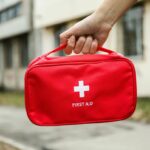 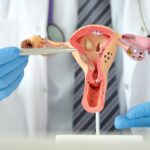