It’s great news that both Pfizer and Moderna have vaccines nearing approval by the Food and Drug Administration, and it seems like new ones are in the headlines every day. In fact, early information put the vaccines’ efficacy rates at or near 95 percent, which is phenomenal. To put it in perspective, according to Emily Oster, a professor who provides data-based guidance for parents, “95% is a very high protection rate. Flu vaccines are rarely above 60%. Measles vaccines—a gold standard—are 93 to 97% effective.”

But parents may be surprised to learn it won’t necessarily change the current situation with schools very much—at least not until well into next year. There are a lot of details that still need to be figured out when it comes to the manufacturing, availability, and distribution of the COVID-19 vaccine. Here’s what parents need to know.

Kids aren’t at the top of the vaccine list

Seniors as well as healthcare and other frontline workers are likely to be at the top of the list for the vaccine when it’s ready, but it’s not clear whether teachers and school staff will be, too—or when the rest of the population will be, for that matter. There are over 40 million Americans over 65 and 17 million healthcare workers, which would be a great start, but not exactly the majority.

Also, clinical trials have only recently begun on children, and those aren’t expected to reach completion until at least the middle of 2021, maybe longer. According to Dr. Walter Orenstein, a professor of infectious diseases at Emory University School of Medicine and a former director of the immunization program at the CDC, “This Pfizer vaccine, they have started to test it in kids as young as 12. I think other vaccine manufacturers will start soon as well. Assuming this vaccine works in children, I suspect it will be ready in six months or so. Not this school year—I would be shocked just because it takes a while to ramp it up and you always roll out a vaccine slowly.”

Still, it’s easy to assume that if school districts are able to inoculate at least a large swath of its employees, schools would be able to return to normal, in-person learning, but the reality is not that simple.

The community plays a large role

That’s because it’s not just about getting some people like teachers vaccinated, it’s about reducing community transmission rates overall. Vaccinating seniors, healthcare workers, and perhaps even school employees would be a step in the right direction, but it’s not until the overall community transmission rate decreases significantly that mitigation efforts such as mask-wearing and social distancing can begin to go away. According to NPR, The American Federation of Teachers doesn’t consider in-person school to be safe unless fewer than 5% of coronavirus tests in the local area are positive.

Other factors can delay distribution

Regardless of who falls where on the vaccine priority list, it will take some time to distribute this vaccine to the general public. First of all, there are potential storage challenges (Pfizer’s requires storage in freezing cold temperatures of -70 centigrade, for example, which isn’t available in many healthcare settings). Furthermore, people can’t gather in large groups to get vaccinated while the pandemic is still going on—and getting folks immunized one-by-one at doctor appointments takes time. There’s also a chance that immunity will require at least two doses, which will take yet more time. When you put all of this together, it’s clear we have a ways to go before we reach transmission levels low enough to return to pre-pandemic normal.

Having a vaccine doesn’t “cure” all the problems

It’s easy to forget that even the 95 percent efficacy rate that Pfizer touts leaves room for some people to become ill. Plus, there’s a segment of the community that can’t ever get vaccinated, for medical reasons. Finally, there is likely to be a portion of the population that’s wary of getting a vaccine that was developed so quickly, despite all the evidence that it’s been safely developed and tested. Getting widespread uptake of the vaccine will be the only way to ensure widespread immunity. As Orenstein points out, “Vaccines don’t save lives; vaccinations save lives. A vaccine that remains in the vial is zero percent effective.” These factors will leave us with a portion of the population that still needs the protection offered by mitigation efforts like mask wearing and social distancing.

That means, as the vaccine rolls out, parents and kids might be surprised that school doesn’t go back to “normal” as quickly as they might have thought. As Cherise Rohr-Allegrini, an epidemiologist serving on San Antonio’s COVID Response Coalition and the CEO of the San Antonio AIDS Foundation, explained in an interview, we may end up with a middle-of-the-road scenario where kids go back to in-person school, but it’s still not like they remember it from March. “If the goal is to have as many children in school as possible, we might have to relax on the physical distancing requirements for a classroom, but we keep the mask requirements,” she says.

The good news is Pfizer and Moderna have already filed an application for emergency authorization use with the FDA, and the agency’s approval and/or recommendations are likely to be available as early as mid-December (you can see details on the status of all vaccines currently being in progress here). Once that happens, the scientific community—and the rest of us—will have a much clearer understanding of how quickly (or not so quickly) this is all going to go, and what it will mean for schools. 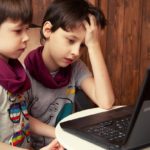 How to make sure virtual learning is working for your child 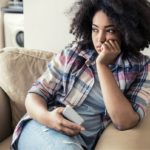