Major medical groups say that the loss of federal abortion protections has diminished access to pregnancy care such as treatment for ectopic pregnancies and miscarriages. The groups are sounding the alarm that racial gaps in pregnancy-related deaths will be exacerbated, according to a new Senate report first shared with The 19th.

The analysis comes on the heels of preliminary data suggesting that in the first two months since the ruling in Dobbs v. Jackson Women’s Health Organization — a case that eliminated federal abortion rights and opened the door for states to ban abortions entirely — abortions fell by about 6 percent, or about 10,000 abortions, across the country. So far, abortion is entirely or almost entirely illegal in 13 states. In Georgia, it is banned for people after six weeks of pregnancy. Bans in other states, including North Dakota, Indiana and Ohio, are currently being blocked by courts. In Florida and Arizona, abortion is prohibited after 15 weeks of pregnancy.

The report was compiled by four Democratic senators: Elizabeth Warren of Massachusetts, Tammy Duckworth of Illinois, Mazie Hirono of Hawaii and Tina Smith of Minnesota. It contains responses to letters Warren sent to the American Medical Association, National Nurses United, the American Pharmacists Association, the American Hospital Association, and Physicians for Reproductive Health, asking them to track how the Supreme Court’s June 24 decision has affected access to pregnancy-related care. The report also cites a public letter from the American College of Obstetricians and Gynecologists.

All five organizations expressed concerns that these abortion bans would result in higher pregnancy-related death rates. Currently, federal data shows that Black and Indigenous pregnant people are two to three times more likely to die from pregnancy than White ones. That racial gap is likely to grow, medical groups fear.

“Restrictions on access to abortion and related care will worsen existing gaps in health disparities and outcomes,” a letter from the AMA read.

Even when state abortion bans have exceptions to save someone’s life or health, the language is often vague enough that physicians aren’t sure if the patient qualifies. Several groups raised concerns about the bans’ impact on people with dangerous health conditions. Already, many physicians in states with abortion bans are delaying treating ectopic pregnancies, which can quickly become fatal and are treated by terminating the pregnancy, until patients are on the verge of death.

Ohio’s six-week abortion ban required doctors to meet with a pregnant person “at least 24 hours prior to the performance or inducement of the abortion.” Since a spontaneous miscarriage is treated with the same medications as an abortion, the state’s Cleveland Clinic Emergency Department interpreted that stipulation as applying to pregnancy loss treatment as well. (Ohio’s six-week abortion ban is currently blocked by state courts.)

Medical providers are “being forced to wait to intervene until their patient’s condition worsens because of uncertainty around what is ‘sick enough’ to qualify for an exception,” according to the letter from Physicians for Reproductive Health.

The AMA also singled out other concerns for patients experiencing spontaneous miscarriages, making it harder to access the appropriate treatment. Ahead of the Dobbs decision, many physicians and reproductive health advocates expressed concern that abortion bans might create a chilling effect, discouraging medical providers from prescribing the pills — mifepristone and misoprostol — or making them harder to find.

That now appears to be happening. Specifically, many doctors are reporting difficulties finding mifepristone for patients who experience miscarriage. While miscarriages can be managed using just misoprostol, the medication regimen is far more effective when both drugs are available.

“Limiting access to mifepristone has serious consequences for treatment of these conditions,” the AMA said.

The report also found that as more people travel out of state for abortions, wait times have grown substantially at clinics in states where abortion remains legal. In New Mexico, which saw a 12 percent increase in abortions between June and August of this year, wait times at most clinics are now at least three weeks. That can be enough to push someone into a subsequent trimester, requiring more advanced care and potentially an abortion that takes two days instead of one.

It’s not clear how many more states will enact and enforce abortion prohibitions. Currently, eight state bans are being blocked by courts. Lawmakers in other states, including Nebraska and Florida, are expected to pursue harsher abortion restrictions in the coming year, though it’s an open question as to how many will pass.

Sen. Lindsey Graham, a Republican from South Carolina, introduced a bill earlier this fall that would ban most abortions after 15 weeks. The bill currently does not have the votes to pass, and other Republican senators were quick to distance themselves from the proposal. But it’s not clear if such a ban might gain more traction if Republicans took control of Congress.

If enacted, such a law could have stark consequences, all of the medical groups warned.

“The effects of this type of federal abortion ban would be devastating to the health and well-being of individuals and families across the country,” ACOG wrote.

Among the consequences, per National Nurses United: “severe symptoms, illness, and even death.” 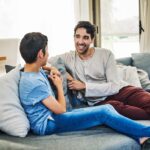 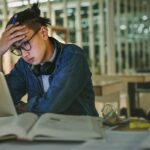