If it seems like it takes nearly forever to get out of the house with your kids, you actually might not be far off. A new study determined that parents spend up to 96 hours a year getting their kids into the car. That’s more than four days worth of feet dragging and heading back inside for that forgotten sippy cup or diaper bag.

A study conducted by OnePoll looked at the morning routine of parents of young children and, not surprisingly, found that a large amount of time is spent coaxing little people into their carseats. Whether it’s taking off their mittens or launching a shoe out the door, kids are excellent at delaying a trip to just about anywhere.

Parents agreed that toddlers between the ages of two and three years old are the most difficult to get in and out of the car. Forty-seven percent of them said that the “terrible twos” do live up to their name when it comes to being the toughest age to get out the door in the morning.

The most common reasons given for what takes so long? Getting their shoes and jackets on topped the list, followed by making sure everyone was buckled in properly. Last-minute trips to the bathroom, other emergencies, and locating favorite toys that need to come along on the journey were listed as major delays as well.

According to the study, the amount of time spent getting kids in the car did vary quite a bit by location. London parents reported it took them an average of 18.2 minutes to get their children in the car. Parents in Scotland may need to share their tricks with the rest of us though, because it took those families nearly ten minutes less with an average of 8.9 minutes to get from “Let’s go!” to actually going. The study noted that the residential environment seemed to be correlated, with families living in the city generally taking longer to get kids out the door.

Even though some mornings feel like they last a full day, the study reported that the whole process of getting kids ready to go usually adds about 20 minutes to parents’ morning routine. However, one in 14 families surveyed estimate that it takes them up to 40 minutes longer to get out the door now that they have children. This might help explain why about a third of parents said they’re late to work at least once a week because of this morning struggle.

Seat UK, a car company out of the United Kingdom, sponsored the study and their head of production, Rob Fryer, offered his thoughts on the study’s findings. “It won’t be a surprise to parents of young children that getting into the car and setting off on a journey, however long or short, is such a challenge.” Fryer continued, “Whether it’s last-minute toilet trips or deciding which of their toys they’d like to take in the car with them, children can make the job of leaving the house seem daunting.“

Many thanks to this study for reminding us all that the frustrations of our morning routines are universal. Like the parents surveyed, you might try bribing your kids with treats or promising them they can listen to their favorite music on the trip in an attempt to get where you’re going a little faster. Most of all, patience during those early years of parenting is a must—and a sense of humor about your fifth trip back into the house might not hurt either. 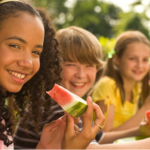 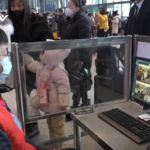