Beyond “I have a dream”—5 Things About MLK Jr You Should Share With Your Kids, and What To Say

Martin Luther King Jr. isn’t just about peace and harmony and dreams. Yes, he believed in the power of nonviolence, but he was also a fierce, daring rabble-rouser. Civil rights activists faced a lot of violence and cruelty from white supremacists at all levels of society, from the police to politicians to regular folks. And Dr. King, along with countless others in the Civil Rights movement, stood up to all of it through direct actions and risk-taking, not just speeches.

So, if your and your child’s main point of reference for Martin Luther King Jr. is the famous part of his “I Have a Dream” speech, it’s time to dig deeper and start more conversations about who this civil rights hero really was and what he did. Here are some talking points to share with kids—and they may even surprise a lot of adults too.

Martin Luther King Jr. was arrested 29 times during his life.

Dr. King believed in nonviolent civil disobedience, and that led to him being jailed by local authorities many, many times. For example, in 1960 he attended a sit-in with college students who were protesting segregation in a restaurant, where he was arrested for sitting peacefully while waiting for a lunch order. At other times, he was arrested for leading protests, or simply because police were trying to target him for minor infractions such as driving five miles over the speed limit.

“Dr. King thought that the most effective way to make change was to protest peacefully by refusing to follow rules that were unfair. Like when restaurants in the South were racially segregated and refused to serve Black customers, he sat at a lunch counter with other Black protestors where they ordered lunch and sat quietly waiting for their food—food that was never going to come—in order to bring attention to the unfairness. He was arrested and sent to jail for not following that unfair rule.”

“India’s Gandhi was the guiding light of our technique of nonviolent social change.”

MLK never met Mahatma Gandhi, the leader of India’s independence movement, before Gandhi died in 1948. However, Dr. King was heavily influenced by Gandhi’s approach and used the philosophy to lead the successful Montgomery Bus Boycott of 1955-1956. Eventually, in 1959, Dr. King and his wife Coretta Scott King visited India, and wrote about the trip in Ebony magazine, where the above quote is from.

“MLK got a lot of his ideas for nonviolent activism from Gandhi, an important leader in India whose bold but peaceful strategies helped gain India’s independence from British rule. Dr. King studied and talked about Gandhi’s nonviolent strategies, and made them work for the struggle for equal rights for Black people in the South.

“For example, Dr. King led the Montgomery Bus Boycott, a nonviolent way to protest racial discrimination on the buses, for over a year—until the Supreme Court ruled that segregation on public buses should not be allowed. Gandhi and King both mobilized thousands of people to disobey unfair rules, but were both serious about not using violence in any of their efforts.”

This quote is from a sermon Dr. King delivered in Selma, Alabama, on March 8, 1965. The day before that was called “Bloody Sunday” because protesters were violently attacked by police for marching across the Edmund Pettus Bridge to demand equal rights.

“Martin Luther King Jr. isn’t talking about a man literally dying here. He believes that if you want to really live your life to the fullest, you can’t stay silent about the things that matter the most. You need to have the courage to take action even when it’s extremely difficult.

“Standing up for what is right can be scary, and even dangerous, when there are powerful people who don’t like what you have to say. The civil rights protestors who were marching with Dr. King in Selma, Alabama, were so brave that they decided to regroup and march again, even after being attacked by white supremacists.”

Even though he is now a symbol of peace and harmony, MLK was once criticized for being too confrontational and provoking violence.

During the Civil Rights movement, many Americans—even those who wanted racial equality—believed that Dr. King’s tactics were too aggressive and risky. Just like with the Black Lives Matter movement today, many Americans agreed with the eventual goal but not the bold tactics. For example, Dr. King knew that protests and acts of civil disobedience would likely be met with violence in the South, and he went ahead with them anyway—partially because he knew that the dramatic actions would attract media attention.

According to a 1966 poll, two-thirds of Americans had an unfavorable view of MLK. And most Americans were opposed to the 1963 March on Washington that Dr. King led (where he delivered his “I Have a Dream” speech) because they were afraid it would result in rioting.

“Even though MLK was all about nonviolence, a lot of people actually thought his methods were too aggressive and dangerous. Marching through the streets to demand equal rights for Black people in a place that is unsafe for Black people was likely to lead to violence—and it did, because the police and a lot of ordinary white people would do anything they could to stop the civil rights protestors from getting their way. So Dr. King was often blamed for the chaos that took place in the streets, even though he and the other protesters weren’t being violent. This goes to show that historic moments of social change are not always popular at the time that they’re happening.”

The Civil Rights Act finally ended segregation and employment discrimination, and the Voting Rights Act took away many barriers to voting that Black citizens faced. Dr. King and other civil rights activists were instrumental to getting both laws passed.

But even after these achievements, King continued to speak up for justice, and even took more radical stances. In 1967 he publicly opposed the Vietnam War, which was controversial because it alienated MLK’s powerful allies in government. And in 1968 he threw himself into organizing for economic justice. He was in Memphis for a protest against the poor treatment of Black sanitation workers when he was assassinated on the balcony of his hotel.

“Dr. King helped pass two very important civil rights laws, one that ended segregation and one that took away barriers to voting. But he didn’t stop there. He kept speaking up for justice, like opposing the Vietnam War and standing up for Black sanitation workers who were being mistreated. He was still doing the work up until the day he was assassinated.”

“Women, Black people, and many other groups had to fight hard for their rights to vote—and lots of people are still fighting to this day because of unfair practices that make voting difficult or impossible for them. Why is it bad for everyone when it’s harder for one or more groups to be able to vote?”

A version of this post was originally published on January 18, 2021. 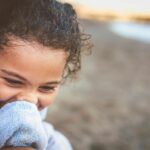 Helping your child understand the difference between lying and “just kidding” 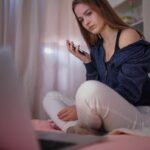