A new study by researchers from Columbia University showed that infants developed greater brain activity related to learning and listening after their parents were provided with monthly cash assistance for the first year of their babies’ lives.

Families received payments of $333 per month, and then their infants were evaluated with electroencephalograms, or EEG tests, to determine their levels of brain activity. The study built upon previous research which showed that faster brain activity detected by an EEG is linked to the development of thinking and learning abilities.

The clinical trial, known as “Baby’s First Years”, included 435 infants and their families, all of whom had annual incomes around $20,000—below the official poverty line. The research team distributed cash assistance of $20 per month to the control group, and $333 per month to the test group using debit cards. There were no restrictions on what participants could do with the money. These payments will continue until the children are at least 4 years old, and the research team plans to conduct more tests with the participants.

For several months during the peak of the COVID-19 pandemic, as part of the Biden Administration’s American Rescue Plan, eligible families with children received up to $300 per month per child. Direct economic relief such as this expanded child tax credit lifted 3 million children out of poverty last year.

The Columbia study and others like it could inform social policy going forward—particularly as the Biden Administration pushes for more policies aimed at reducing poverty like the expanded child tax credit, universal preschool, and affordable child care. The Build Back Better bill aimed to roll these social supports into one package, which was put forth by the Biden Administration at the end of 2021—but efforts to pass the bill have so far fallen short as Senate Republicans along with Democratic Senators Joe Manchin and Kyrsten Sinema continue to block the bill, citing costs and potential inflation as a result. Manchin referred to the bill as an attempt to “reshape our society,” and families across the country hope the Build Back Better bill will do exactly that. 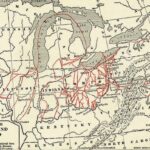 "Routes of the Underground Railroad." Whole map of the underground railroad. The Underground Railroad was not an actual railroad, but a network of secret routes and safe houses used by black slaves in the United States to escape to free states and Canada. Copyrighted originally in 1898. Wikimedia Commons
Prev Post 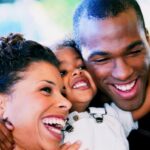 Do you know your child’s love language?