Talk about the power of bonding: A new study shows that babies’ and adults’ brains actually sync up when they play together. During direct, face-to-face interactions with babies such as playing with toys, singing nursery rhymes, and reading a book, the adults’ neural activity matched the babies’ neural activity in several important areas of the brain.

In the experiments, devised by researchers at Princeton University in Princeton, New Jersey, one adult interacted with individual babies and toddlers ranging from 9 months old to 15 months old. The adult and the children wore special caps that measured their neural activity in 57 relevant channels of the brain using a novel, safe, child-friendly neuroimaging method.

The results showed that the babies’ and adult’s brain activity rose and fell together while the adult was directly interacting with each baby, and then diverged when the adult turned away to interact with another adult. These findings are similar to previous research showing how adults’ brains sync up when doing activities together, but the brain coupling has never before been studied in real time between babies and adults.

Other aspects of the results were even more surprising: the strongest synchronization happened in the prefrontal cortex, an area of the brain that’s involved in learning, planning, and executive functioning — but that was previously believed to be underdeveloped in babies.

In addition, “the infant brain was often ‘leading’ the adult brain by a few seconds, suggesting that babies do not just passively receive input but may guide adults toward the next thing they’re going to focus on: which toy to pick up, which words to say,” said Casey Lew-Williams, Ph.D., one of the study authors and co-director of the Princeton Baby Lab.

The study shows how powerful and influential the connection can be between two brains, even when one of them is in the early stages of development. Elise Piazza, Ph.D., the lead study author, explained, “The adult and child seem to form a feedback loop. That is, the adult’s brain seemed to predict when the infants would smile, the infants’ brains anticipated when the adult would use more ‘baby talk,’ and both brains tracked joint eye contact and joint attention to toys. So, when a baby and adult play together, their brains influence each other in dynamic ways.”

This innovative two-brain research method could be used to investigate a variety of important child development questions. The approach can help researchers understand how preschoolers’ brains interact with educators’ to learn language, for example — or whether children diagnosed with autism differ from other children when it comes to brain synchronization with caregivers. 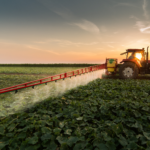 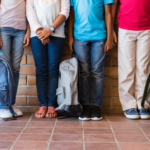