A widely used pesticide called chlorpyrifos has been proven to be unsafe for the developing brains of children and fetuses, leading to lower IQ and increased risk of behavioral disorders like ADHD, and respiratory problems in adults. But children are routinely exposed to chlorpyrifos through eating food from the millions of acres of farmland sprayed with the pesticide across the country each year, and farm and rural communities are very susceptible to health risks from the chemical as well.

In 2015, the EPA actually proposed a federal ban of the chemical due to the health dangers under the Obama administration. However, under the current administration, the federal agency has refused to finalize the proposal—and eventually reversed its previous stance, claiming that the evidence against chlorpyrifos is not strong enough.

In 2017, the American Academy of Pediatrics and Environmental Working Group sent a joint letter to the EPA, arguing that “The risk to infant and children’s health and development is unambiguous. … EPA has no new evidence indicating that chlorpyrifos exposures are safe.”

Since the current federal leadership is unwilling to regulate the chemical, states are taking measures into their own hands. Hawaii and California have already banned the use of chlorpyrifos, and others such as New Jersey and New York are working on getting it banned. Nearly 100 organizations, including the American Academy of Pediatrics, have rallied behind New York’s efforts to ban the pesticide. Meanwhile, the chemical industry and some farmers have lobbied against the bans.

On the same day that California made it illegal to sell the pesticide, the largest producer of chlorpyrifos in the U.S., Corteva Agriscience, announced it was going to stop making it. They maintain that the chemical is safe, and instead cited financial reasons and declining demand for the change. Environmental and health activists call this announcement a big win, but will continue to fight against the use of chlorpyrifos as long as the federal government allows it to stay on the market.

Chlorpyrifos is sold by Dow Chemical Co. and is used on some of the cilantro, apples, asparagus, walnuts, onions, grapes, broccoli, cherries, and cauliflower grown in the U.S., as well as fruits and vegetables imported from other countries including Chile and Mexico. The best way to avoid exposure to the pesticide is to buy organic produce (or produce from California or Hawaii).

But there are safer alternatives to using chlorpyrifos on crops, including environmentally friendly approaches like integrated pest management, and other methods are under development. Along with California’s statewide ban of chlorpyrifos, nearly $6 million was put towards efforts to develop alternatives to using the harmful chemical. The European Union recently banned the pesticide, too, and has already started using safer methods of pest management. 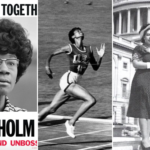 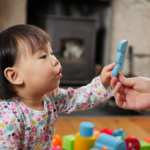