Emerging evidence shows the pandemic may have hit boys harder — not just in Chicago but nationally was originally published by Chalkbeat, a nonprofit news organization covering public education. Sign up for their newsletters here: ckbe.at/newsletters

As principal Daniel Kramer pored over data tracking whether Roosevelt High School’s freshmen and sophomores were staying on track amid the pandemic, he noticed a troubling trend: While girls had held their own as coronavirus tested the school, boys were falling behind, widening a longstanding gender gap at the predominantly Latino school on Chicago’s Northwest Side.

This past school year, Chicago leaders pointed to grading and attendance numbers as evidence the pandemic had caused more academic damage for the district’s Black and Latino students. But data obtained by Chalkbeat shows even more dramatic disparities when gender is factored in.

Black and Latino boys, who have long faced the largest gaps in the district, saw steeper drops in attendance and a sharper increase in failing grades than girls. The boys also saw only a modest uptick in As, which at the high school level increased markedly for white and Asian students and for Latinas.

“This past year was really difficult for everyone,” said Jenny Nagaoka of the University of Chicago Consortium on School Research. “But it’s really striking to see the outcomes for young men of color in particular.”

Comparing pandemic student outcomes to previous years is tricky, given the profound shift in how students learned. Still, emerging national data appears to back up Chicago’s numbers about the uneven impact on boys and young men of color.

Experts are only beginning to dig into why male students might have been harder hit, but they are urging districts to invest in efforts tailored to the needs of boys as part of a national pandemic recovery push. Such efforts, if successful, could be significant: Nationally, young men of color have remained less likely than girls to graduate from high school — with a 15 percentage point gap between Black boys and girls in Chicago — and then go on to college and well-paying careers.

Chicago first trained a spotlight on Black and Latino boys and young men in 2019, as part of former Chicago schools chief Janice Jackson’s five-year vision in which she vowed these students would be “the focus of our most intensive efforts.” But the district has not articulated a comprehensive plan for improving these students’ outcomes. When the pandemic hit, some students were cut off from key school-based relationships and supports that often already fell short, exacerbating the problem.

The district at first denied a Chalkbeat Freedom of Information Act request for attendance and grading data by both gender and race last spring, saying it did not track it. It eventually provided average attendance rates and a breakdown of grades for elementary and high school students, broken down by combined race and gender, for the first two quarters of the 2020-21 academic year.

With many standardized tests on pause during the pandemic and 2021 graduation rates still under review, data showing the extent of academic setbacks is still limited. But experts say grades and attendance rates offer a window into how school systems fared amid the upheaval. In fact, research has shown grades to be a better predictor of college enrollment and success than test scores.

By contrast, Black male high school students saw a 10% attendance drop in the first quarter of 2020 over the same period the previous year, to about 80% — a gap of about 6 percentage points relative to Black female students. In the second quarter, attendance for Black boys in high school dipped further, to 77% — a decline that Nagaoka calls “really shocking.” The attendance gap also widened between male and female Latino high school students.

Denali Dasgupta, director of data strategies at the nonprofit Thrive Chicago, notes that this districtwide attendance data obscures significant variation across Chicago’s campuses. According to school-level data from the first half of the year, average attendance was as low as 45% on some campuses, often those with high student turnover.

Districtwide grading data shows similar overall trends. At the elementary level, the number of failing grades increased at a higher rate for Black and Latino students, but existing disparities between boys and girls remained relatively stable. Failing grades in elementary reading actually jumped more for Black girls than boys — one metric that bucks the overall trend of worse outcomes for boys of color.

In high schools, Black and Latino males saw the highest increase in the share of failing grades, widening existing gender disparities. About 15% of the grades Black boys got in math were Fs, for instance, 5 percentage points more than for Black girls.

Data by gender and race for the second half of the year is not available yet. In typical years, attendance tends to decline throughout the year, and grades generally hit a low during the third quarter before rallying in the final stretch of the school year, Nagaoka said.

Dasgupta said amid increases in both As and failing grades, the data reflects a subtle, unspoken shift toward a pass/fail model during the pandemic. It appears that as educators grappled with how to grade students amid flagging engagement and widespread disruption, Black and Latino boys benefitted less than others from a more forgiving approach. In fact, she said, given the upheaval and multiple pressures outside school that students faced, districtwide numbers likely say more about how the school system tried to adjust than about how much students actually learned.

Dasgupta said she wants to see the grading data broken down by individual campuses: Did more segregated schools that serve predominantly Black or Latino students, which tend to be less flexible about grading, account for much of the increase in Fs? She worries that students disproportionately affected by the pandemic got the message that they bungled school and fell woefully behind, potentially hampering efforts to reengage them in learning.

“If there was ever a moment to stop and really thoughtfully assess things, I think it is now,” she said. “Unless we do something drastic, boys and young men of color will really struggle to find educational and employment opportunities after high school.”

A tangle of factors

At Roosevelt, Kramer says that the school worked to address engagement challenges and fatigue that set in this past spring. The school launched student support days on Wednesdays, when instead of introducing new material, teachers looked over students’ virtual shoulders to answer questions as they worked on assignments and offered opportunities to make up work.

Girls faced their own set of challenges this past year, as many families leaned on them to babysit younger siblings or supervise their remote learning. Still, girls perhaps responded more readily to Roosevelt’s spring reengagement efforts, Kramer said.

Experts are unsure about the exact reasons why the pandemic might have affected academic outcomes for male students of color more than for other groups. It’s likely a combination of factors: Young men might have faced more pressure to contribute financially amid the economic downturn the coronavirus triggered, for instance. Experts say the numbers are also telling about the sense of connectedness Black and Latino boys feel to their schools and their willingness to ask for help and guidance.

“Historically, boys have been less engaged in self-advocacy than girls,” Dasgupta said. “Particularly during the pandemic, teachers were looking to students to talk to them more: ‘Hey, my internet isn’t working,’ or, ‘Hey, we are dealing with COVID at home.’”

Leonel Gonzalez, who graduated from Solorio Academy High School on the Southwest Side last spring and was featured in a yearlong Chalkbeat Chicago project about male students of color, said students like him need more outreach and communication from teachers. Gonzalez struggled with occasionally debilitating anxiety during the pandemic that at times caused him to fall behind with school work. He says in the fall, schools must be more attuned to the mental health and social needs of students.

“Teachers should normalize what’s going through students’ minds rather than pushing it aside,” he said.

In Chicago, the pandemic’s fallout came on the heels of years of unprecedented residential mobility that in some ways has been tougher on young Black and Latino men, Dasgupta said: the exodus of Black families from the South Side, the closures of dozens of neighborhood schools, the dispersion of the city’s Latino community to the Northwest and Southwest sides. More than half of Black high school-aged boys and more than a third of Latinos have moved in the past four years.

Dasgupta points to research that suggests that because of disparate discipline, stereotypes about young men of color, and their relative reluctance to get involved in school activities, boys can find it harder to fit in at new schools after they move. Some of the district’s highest-mobility schools have not seen the steady gains Chicago has made in graduation rates and test scores as a whole.

“Schools need a dedicated effort to reach and support boys and young men of color that starts with the circumstances and needs of boys, versus doubling down on existing school improvement strategies that may have worked for others but sometimes further widen disparities,” Dasgupta said.

In an interview with Chalkbeat in late March, now Chief Education Officer Maurice Swinney said young men of color remain a priority, and that the pandemic’s upheaval is an opening to rethink how the district serves them. Sweeney pointed to a new district initiative to connect teens with jobs and internships that do not derail their high school careers and to a pilot program with the nonprofit Thrive Chicago that would steer male Black and Latino students to education careers.

Nationally, the pandemic’s uneven impact on students of color has drawn much attention, but gender disparities have garnered little discussion so far, said Megan Kuhfeld, a senior researcher at the nonprofit NWEA and the co-author of a recent study that showed widening gender gaps on last fall’s MAP test.

“I think the gender question has been overlooked,” she said. “It’s something really important to focus on.” 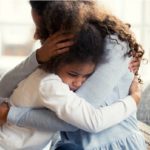 7 Things To Do When Your Parenting Patience Runs Low