In the wake of the tragic school shooting in Uvalde, Texas last month, many schools are considering facial recognition software as a safety measure to protect students and faculty on school property.

Since its inception, however, facial recognition software has been plagued by controversy. From concerns about consent violations to racial prejudice, there are numerous ethical concerns about introducing this type of technology into a school environment.

Early in 2020, a public school district in Lockport, a small city in western New York state, became one of the first in the nation to use facial recognition technology to monitor school property. However, the state of New York went on to ban facial recognition software in schools later that year, shutting down the Lockport program.

Why use facial recognition software?

The rationale behind implementing facial recognition in schools is seemingly simple: crime prevention. For example, such a system could have potentially stopped a mass shooting like the one at Marjory Stoneman Douglas High School in Parkland, Florida, argues Robert LiPuma, the director of technology for the Lockport City School District. That’s because the shooter was an expelled student who would have alerted the system as soon as he’d snuck in.

Many facial recognition software systems work by capturing faces via hundreds of cameras around the school’s property, then using an artificial intelligence algorithm to check those faces against the “persons of interest” list created by school administrators. If there is a computer match, the system alerts the security staff, who then have to look at the picture to confirm or reject the technology’s assessment. Further, if a gun is ever detected by the cameras, alerts are sent straight to the police as well as school administrators.

The costs of facial recognition software in schools

But at what cost does this technology come? “Subjecting 5-year-olds to this technology will not make anyone safer, and we can’t allow invasive surveillance to become the norm in our public spaces,” reasons Stefanie Coyle of the New York Civil Liberties Union. “Reminding people of their greatest fears is a disappointing tactic, meant to distract from the fact that this product is discriminatory, unethical and not secure.”

Racial bias, inaccuracies, and fairness of implementation are known problems when it comes to facial recognition technology. A recent study by the federal government showed that most commercial facial recognition systems inaccurately identified Black and Asian people 10 to 100 times more than white faces. Meanwhile, another federal study found that facial matching errors were much more common among children and teen faces than with adults.

Furthermore, if certain students, such as those with previous suspensions or those deemed “suspicious” by staff, are put on the “persons of interest” list, that can increase their likelihood of being disciplined more severely in the future and ending up in the criminal justice system, points out Jason Nance, J.D., a law professor at the University of Florida.

What do the experts think?

There are also doubts that current facial recognition software can provide that much of a security boost. Albert Fox Cahn, executive director of the Surveillance Technology Oversight Project, a nonprofit organization that advocates for privacy in the face of excessive surveillance, told Vox that there’s “no evidence to show that it has any public safety benefit whatsoever, especially in the grandiose scenarios that proponents put forward.” One major concern is that the entire concept hinges on the fact that a potential school shooter would have to already be flagged in the system prior to their attack.

New York State Assemblywoman Monica Wallace was part of the effort to stop the Lockport school district from using facial recognition. “We all want to keep our children safe in school. But there are more effective, proven ways to do so that are less costly,” she said, advocating for other measures such as improving school entrances and exits, and acquiring more school resource officers, counselors, and social workers. 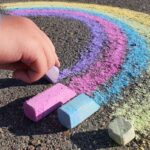 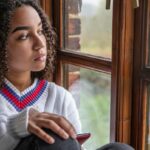