How Online Mom Forums Have Given Birth To Female Slang

A London linguist says there’s a ton of female slang these days, and websites dedicated to motherhood may be the reason.

After 40 years spent studying slang — he’s even penned numerous slang dictionaries — Jonathon Green credits the British parenting site Mumsnet for being among the first to create a slew of casual colloquialisms from the female perspective.

According to Green, it wasn’t until the 1920s, the Flapper golden age, that the world even began hearing women speak in slang, something that until then had been dominated by men. “Although women were not meant to know slang, and were not meant to use slang, quite a lot of women always have,” Green told the Daily Mail. But by the 1920’s “women had a pretty big [slang] vocabulary, so much so that newspapers were publishing Flappers’ dictionaries.”

What happened next? Nothing — at least not for quite a while. Green claims it wasn’t until the digital revolution came about and sites like Mumsnet became mainstream that female slang really started to take off again, especially among moms. Part of the reason may be that it’s a great way to connect a community, and there’s perhaps no bigger community than motherhood. Through these online communities, acronyms like AIBU, short for “am I being unreasonable,” have made it into the popular lexicon.

Green also cites social media as a major source of female slang. “Social media is pretty much run by young women. Slang comes naturally,” he explains. “A core word like selfie may be mainstream now, but it started in slang world. On fleek, looking good, was associated with a teenage coiner, Peaches Monroe.” He sees slang’s transformation within the mom forums as “a take on slang that is something new.”

Proving his point, a few years ago the website Cool Mom Tech came up with a list of 99 texting acronyms and phrases that every parent should know. At around the same time, Café Mom came up with 24 secret text abbreviations every parent should know for those parents who wanted to keep up with their text-happy kids. (There are probably many more slang terms than can easily be added to those lists today.) Then there are the sites dedicated entirely to keeping up with all the new terms that pop up each day Two great examples: Net Lingo and No Slang. The latter even lets you type in something you may have seen online and translates it for you.

Acronyms and abbreviations seem to be a part of this new wave of modern slang, born online. From DH (darling husband) to IRL (in real life), the internet is full of ways to keep your daily communication filled with slang — BTW. 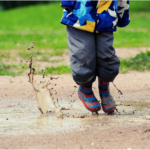 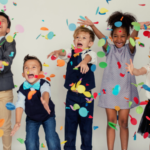