This April 23 is GLSEN’s Day of Silence, a youth-led protest where LGBTQ students and allies all over the country take a vow of silence to draw attention to anti-LGBTQ harassment and discrimination in schools. Students can observe the Day of Silence at home or at school (which may take some creativity this year).

But beyond that, parents and kids of any age can learn to be better allies and stand against homophobia and transphobia in their communities—every day. About 70 percent of LGBTQ students have experienced verbal harassment at school due to their sexual orientation, which means that ALL families have some work to do.

Below are some ways to break the silence as a family—whether you or anyone close to you identifies as LGBTQ, or not. It takes a lot more than a day to nurture support for LGBTQ kids and to raise the next brave and kind generation of humans.

First, make sure your family understands that a “bystander” witnesses bullying but doesn’t get involved. An “ally” speaks up or takes action to support someone else. Then, explore some great ways to become a better ally.

10 ways to be an LGBTQ ally

1. Don’t laugh at homophobic/transphobic jokes.
2. Tell those who behave disrespectfully that it’s not OK.
3. Let bystanders know they’re not helping.
4. Don’t respond to meanness with meanness.
5. Show support to people who were disrespected.
6. Tell an adult what happened.
7. Be open-minded during conversations.
8. Be inclusive with your language and behavior.
9. Work on your own biases.
10. Speak out against bias you observe.

Learn how to respond

Things to say when someone makes a homophobic or transphobic “joke”:

Ask yourself the hard questions

You may think you’re supportive, but have you really stopped to reflect? After each of these questions, ask yourself “why”:

If you don’t identify as LGBTQ, understand your privilege in a world that is already comfortable with your sexuality and gender. Some ideas:

Be a good friend

If you have friends or family members who identify as LGBTQ or are gender non-conforming in some way, don’t assume they already know you support them—tell them!

Here are some things you can say:

It’s one great way to elevate those often-silenced LGBTQ voices and really absorb what they have to say. Here are just a few picks:

The Boy & the Bindi

The Prince and the Dressmaker

A Line in the Dark

How to observe the Day of Silence this year 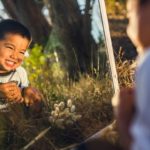 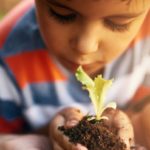