Kids and Parents Disagree About Who Will Cover College Costs

If you have young kids college may seem far off, but a new survey shows parents and kids have vastly different expectations when it comes to who will pay for higher education—so you may want to consider the subject sooner rather than later.

According to T. Rowe Price’s 2019 Parents, Kids & Money Survey, 42 percent of parents say college costs aren’t their responsibility, but 69 percent of kids expect their parents to cover college costs. This huge disconnect makes just talking about college savings uncomfortable for a third of the parents surveyed. In fact, most thought it was almost as uncomfortable as talking about sex and drugs.

“The hesitation to discuss saving for college is a missed opportunity that not only lends itself to misunderstandings about who may be footing the bill for college, but also has implications for how kids think about money going forward and balance short-term and long-term needs into adulthood,” said Judith Ward, a senior financial planner at T. Rowe Price, in a statement. And avoiding the discussion is often unsuccessful anyway—nearly a quarter of the kids surveyed said they’d overheard their parents talking about college costs when they knew the parents thought no one was listening.

The survey, which samples more than 1,000 parents of 8- to 14-year-olds and their children, also shed light on an aspect of college savings that’s not often talked about: the impact it can have on parents’ retirement plans. Not only was paying for college the most cited reason for tapping retirement savings overall, more than half of parents surveyed said that saving for their child’s college education was a higher priority than saving for their own retirement. And another 68 percent of parents say they’re willing to delay retirement entirely if it means being able to cover college costs.

Overall, using money from savings was cited as the most common approach for paying for college, but the next three most popular pieces of the puzzle relied on the students themselves. Families reported planning to rely on grants or scholarships, income from kids’ jobs, and student loans to help cover the balance.

Whether you turn to popular 529 savings accounts or something more traditional, or you simply commit to choosing schools that align with what your family can afford, experts say the sooner parents—and children—start planning and talking about college, the better. 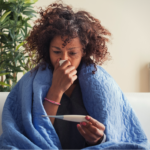 What Should Parents Do If They Contract COVID-19? 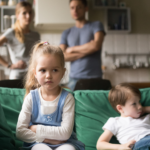 Tips For Helping Siblings Get Along in the Time of Coronavirus