New Research Shows Preschool Is More Important Than We Thought

We all know that early education is important for our children, but most people think of education as starting with kindergarten. A publication out of Duke University shows just how much of a positive impact preschool can have. The extensive research project tracking over one million students proved that preschool’s benefits stay with students at least through eighth grade, and that the effects are especially notable in children from marginalized backgrounds.

The research examined the long-term impact of North Carolina’s state-funded Smart Start and More at Four programs for 0- to 4-year-olds. It found that middle school students who had grown up in counties that received a higher amount of preschool funding ended up having higher math and reading test scores in grades 6 through 8, were less likely to have to repeat a grade, and were less likely to require special education services during middle school.

The researchers saw benefits for every group of children they studied, but funding for the More at Four educational program for at-risk 4-year-olds led to even more significant benefits for children from low-income families or whose mothers’ education levels were lower, and for African American children.

The impact is significant—and just as importantly, the impact lasts.

The researchers conclude, “Investments by the State of North Carolina in each of these programs have produced long-term positive impacts on targeted children that last through at least the end of middle school and do not fade out over time.” Policymakers have used the concept of “fadeout” as a reason for reducing preschool funding in the past, so lead researcher Kenneth Dodge emphasized in an op-ed piece in News & Observer, “There is no fadeout. In fact, the impact grows.”

States have the power to bring these benefits to more children.

Unfortunately, not all children have access to education before kindergarten. Seven states (Idaho, Montana, New Hampshire, North Dakota, South Dakota, Utah and Wyoming) don’t fund preschool or pre-K at all. And for the other 43 states plus the District of Columbia, only Vermont and D.C. have over 50 percent enrollment in the publicly funded preschool programs among 3- and 4-year-olds. Quality varies greatly among the pre-K programs, and most of that difference in quality has to do with the amount of funding each state, county, or city’s program receives. Low funding levels for preschool also lead to low salaries for preschool teachers.

Some local governments do recognize the far-reaching impacts of preschool access, though, and are committed to making it a funding priority. New York City, for example, has the country’s largest citywide universal pre-K program for 4-year-olds, and has announced an expansion of the program for 3-year-olds starting in 2021. What’s more, the city’s publicly funded preschool programs are actually improving in quality over the years, according to a national evaluation system. 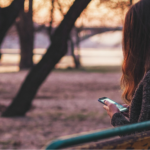 Mom Shaming Is Alive and Well—Social Media Makes It Both Worse, and Better 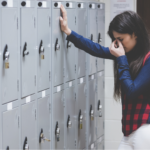 Schools Are Allowing Mental Health Days—How To Know When Your Child Needs One, and What To Do