Schools Are Allowing Mental Health Days—How To Know When Your Child Needs One, and What To Do

If you’ve ever wished you could take a mental health day from work (or life in general), soon your kids may be able to take one from school.

A growing trend shows some schools are allowing mental health issues and stress as acceptable reasons for an excused absence, giving children who suffer from mental disorders a chance to rest and recuperate, much like a child with a common cold can.

In Oregon, a student who struggles with anxiety led a campaign this summer asking the state to pass a law allowing students to take up to five mental health days in a three-month period. It passed in July. Similarly in Utah in 2018, schools broadened their definition of excused absence to include mental or physical health. Experts say it’s only a matter of time before more states and school districts join in.

“Allowing mental health days in school is an important first step in the battle to reduce the stigma associated with mental health conditions, whether it’s general depression, which is prevalent among teens, anxiety, panic disorder, or something else,” said Tania Paredes, Ph.D. a clinical social worker and family therapist in Miami, Florida in an interview with ParentsTogether. “The more the stigma is reduced, the more children and families can feel comfortable talking about mental health and hopefully, seek treatment.” Advocates hope the changes will also prompt more students to ask for help themselves.

Mental disorders can impact how a child feels, behaves, and performs in school. It can even impact how they learn. According to the Centers for Disease Control and Prevention, the most common mental disorders that can be diagnosed in childhood are attention-deficit/hyperactivity disorder (ADHD), anxiety, and behavior disorders.

Knowing when a mental health day is called for can be tricky.

Does this new approach mean your child must have a mental disorder in order to request an excused absence? That can get tricky since the signs of a mental health disorder aren’t always physical—and in some cases, not visible at all. “This shouldn’t be used just for rough days, it needs to be more purposeful.”

Signs your child may need a mental health day include behavior changes and mood swings, slipping grades, loss of interest in hobbies or activities, and a prompt withdrawal from social activities. “People think this mostly refers to children who are usually friendly and they suddenly stop talking to friends, but it can be the opposite,” Paredes says. “An isolated child who suddenly starts engaging in many activities might also be a cause for concern as not all kids isolate when they aren’t feeling well.” She suggests looking out for behavior that feels sudden and out of place.

Making the most of a mental health day.

If you think your child may need a mental health day, whether it counts as an excused absence or not, it’s probably a good idea to make sure there aren’t any major assignments your child will miss (or is looking to miss). Try to communicate directly with their teacher and school counselor about the cause for the absence, so they also can be on the lookout for any major shifts in behavior going forward.

To reap the most benefits from the time off, let them engage in some kind of self-care, suggests Paredes. “This isn’t the time to sleep all day long or catch up on schoolwork, although they may need to sleep in and rest a bit more than usual,” she says. “This is a good time to see your counselor, seek therapy, and revisit their coping skills with them.” Just letting your child feel your non-judgmental love and acceptance may also help tremendously. 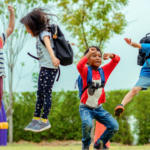 New Research Shows Preschool Is More Important Than We Thought 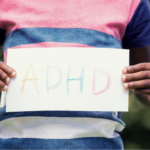