It’s no secret that striking the right balance with screen time is a challenge for most parents. Toss in the pandemic and whoa! Most families are admittedly in overload.

A whopping 75 percent of the nearly 4,800 ParentsTogether members we recently surveyed say their kids are getting far too much screen time, rating the problem from challenging to extremely challenging. The vast majority of parents (82%) are worried about their kids’ screen time.

If there’s solidarity in numbers, those figures prove there’s nothing to feel guilty about, especially with the pandemic keeping so many of us isolated at home. Every parent is in the same boat right now. So long as you ensure the content they’re watching is age-appropriate and you watch or play games as a family as much as possible, it’s OK to have bent the rules during these uncertain times—though experts say now is the time to start getting back on track. Having plenty of games and activities available to fill their time—and strategies for transitioning them off screens without too much friction—also helps.

If screen time continues to concern you, take a cue from one family in our Facebook group for parents. Like many of us, they’d fallen into not-so-great habits of mindlessly watching whatever was on TV or popped up next on YouTube, or watching the same shows over and over on repeat.

Now, they use tokens to make the screen time wars more manageable. These “tokens” can be anything you like, from specially decorated popsicle sticks to handwritten coupons. Just make sure you don’t choose something your kids could potentially have access to duplicates of, like pennies, or else they might mysteriously end up with a lot more tokens than you intended.

At the beginning of each week, the parents hand out a certain amount of tokens to their two children. Each one is worth 30 minutes of screentime. The kids can watch anything they want during the screen time they buy with these tokens, as long as it’s age-appropriate. They also get the power to decide when to use their tokens, within reason (for example, not during dinner or family game night).

Rather than placing the power and responsibility on the parents, the kids are tasked with monitoring their time themselves. In their family, the tokens are popsicle sticks that get moved from one jar to another each time a kitchen timer beeps at the 30-minute mark. These visual and audible clues help make the transitions more seamless, especially for younger children.

Movies watched as a family are considered freebies, and they’re allowed to watch one with a babysitter without relinquishing tokens. At the end of the week, any leftover tokens are each worth $1, which becomes their allowance (though admittedly they’ve yet to have any leftovers). This family provides six tokens to each child, but you can decide what’s right for your kiddos.

Whatever you do, try to ensure your kids are on board from the beginning, so they realize their role and take pride in the independence they’re earning to monitor their own time. Perhaps give them another, less-favorable solution as an alternate option, so they’re more likely to agree to the tokens (these parents jokingly suggested selling the TVs altogether, which made tokens an easy win). Either way, when the kids are all in and have a say-so in the plan, success is more likely.

Not only does this token hack have the potential to end battles over screens in your house, it also teaches kids to be more mindful and purposeful with their screen time, so they can really make it count. And those are good habits that will benefit them long after this crisis and so many long days at home are behind us. 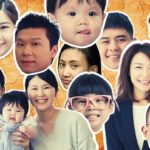 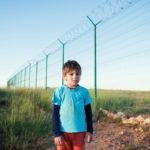