Not a day goes by day that the plight of migrant children—many of them arriving at the United States border unaccompanied—isn’t in the news. As a parent, it’s nearly impossible to see and read about it without wanting to help. During the first two months of 2021, about 15,000 unaccompanied children were taken into border authority custody after crossing the southern border.

Most of these children are from Guatemala, El Salvador, and Honduras—countries that have been ravaged recently by hurricanes, brutal gangs, widespread poverty, and sky-high crime rates. Unbeknownst to many, Latin America has the highest child homicide rates in the world, nearly four times the global average. Coupled with President Biden’s decision to lift some of the Trump-era rules that limited immigration, the number of children arriving unaccompanied continues to rise.

But the factors contributing to this problem aren’t new. The Trump administration slashed federal funding for refugee services, forcing many shelters and resettlement offices to close. As a result, the Biden administration has struggled to house the growing number of children arriving without a parent or legal guardian, which has left the kids stuck in border facilities for longer than expected.

From your skills to your talents, here are six ways that parents—and in some cases, kids—can tap the resources at your disposal to help migrant children.

The Lawyers for Good Government Foundation established the Project Corazon Travel Fund in June 2018, a month after The New York Times dropped its report on the Trump administration’s policy of separating migrant families at the border. Donated air miles help cover the cost of flights, hotels, rental cars, and meals for volunteer attorneys working pro bono with migrants in refugee camps and remote detention centers.

If you’re an attorney or a law student, there are several organizations that help put your time and skills to good use as a volunteer legal counsel. Lawyers for Good Government and the National Immigrant Justice Center are two of the most well known organizations coordinating pro bono programs and advocacy efforts.

Volunteer as a translator.

RAICES Texas and HIAS need volunteers who speak fluent Spanish and English to help translate documents, do live and remote interpretations for meetings, write captions for videos, and more. Plus, you don’t have to live in any specific city to help. Remote opportunities exist.

There are so many great non-profit organizations that need monetary donations, and these days, it’s easy to host a virtual fundraiser, making it a perfect opportunity to help migrants. Get kids involved by hosting a talent show or a virtual game night as a way to raise money. Two organizations that might appeal to younger kids as a way to help get them involved are Kids In Need of Defense (KIND), which ensures no migrant child appears in court alone, and Immigrant Families Together, which is dedicated to reuniting families by paying bonds for detained parents separated from their children.

Read more books and articles written by immigrants, and make an effort to seek out immigrant stories.

These stories need to be told and shared, so we can better understand immigrants’ plight. It’s also important to ensure our children read and know these stories, too. Children’s books such as What is a Refugee? and Mama’s Nightingale: A Story of Immigration and Separation are great for elementary-age kids, while Count Me In is tailored to middle-schoolers and Enrique’s Journey: The True Story of a Boy Determined to Reunite with His Mother is perfect for high school students.

Urge elected officials to support legislation that helps migrants and provides a path to citizenship.

Call your senators and representatives to urge them to support the Keep Families Together Act, a bill which would make it illegal to separate children from their parents, to ensure that never happens again. You can also ask them to support any legislation that provides protections for immigrant children, especially. 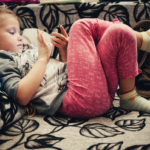 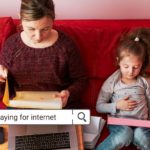