Umbilical Cord ‘Milking’ Found To Be Dangerous For Some Babies

Umbilical cord “milking,” or the process of squeezing the last of the blood from the umbilical cord into the baby’s abdomen after birth, has been believed to benefit preterm babies. However, a new study shows that not only is this not the case, but it may actually be dangerous for some infants.

Both cord milking and delayed clamping of the umbilical cord, which allows the blood to flow into the newborn at a slower pace, have been done for preterm babies in recent years because of the believed health benefits to premature babies who may need those extra nutrients most. Dr. Anup Katheria, a neonatologist at Sharp Mary Birch Hospital for Women and Newborns, in San Diego, California explains, “These babies are getting stem cells and other cells that might help them develop a little bit better than babies that don’t receive this extra blood.” He adds, “They also get iron, which is a potent nutrient for brain development, and there’s probably other things in the blood that might help these babies.”

Researchers in the study planned to see if umbilical cord milking was a better option than delaying cord clamping by 60 seconds. The study, published in the Journal of the American Medical Association and funded by the US National Institute of Health, was actually stopped when the increased risk of internal bleeding in some infants outweighed the benefits of receiving cord blood. The study found that “milking” the cord blood put babies with delicate vessels at an increased risk for rupture.

Originally the researchers aimed to study 1500 infants, but the study was cut short and only 474 babies were included. Eight percent of the infants who had cord milking experienced severe brain bleeds, while three percent of babies who had delayed cord clamping had the same outcome. Infants born between 23 to 27 weeks gestation were at the greatest risk for severe brain bleeding. In the cord-milking group, all 20 babies who suffered brain bleeds were born at this gestational age.

Medical director of the Fetal Care Center at Nicklaus Children’s Hospital in Miami, Dr. Saima Aftab said, “The current recommendation is that for preterm infants, delayed cord clamping is safe and should be done.” Regarding cord-milking, Dr. Aftab added “people should abandon that practice.”

Researchers plan to continue studying cord-milking versus delayed cord clamping in  babies born from 30 to 32 weeks gestation, since the risk of bleeding was only seen in the severely premature infants they observed. They will subsequently check in with those infants when they reach two years of age to determine if their development was impacted by either procedure. 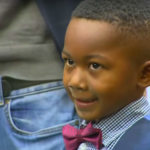 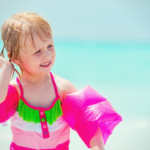