A new study has determined something that to most parents — in fact, most people — might seem counterintuitive: when a kid has water stuck in their ears, they should not shake their heads to force it out.

Getting water trapped in the ear is a common affliction during childhood. It’s most often associated with swimming or water sports, but can occur after a bath or shower — you can even get sweat trapped in your ear canal from wearing earbuds. For most of us, the first reaction is to shake our heads to get the water out, but researchers from both Cornell University and Virginia Tech warned parents that this approach might actually lead to brain damage in small children. Their ear canals are not full sized yet, and the force of gravity needed to shake the water out can be strong enough to cause brain injury.

To make this discovery, the researchers constructed multiple 3D printed ear canals of various sizes, to portray different age groups, and filled each of them with water. Then, they tried different levels of acceleration on each model in order to measure how much force was needed to eject the water from the ear canal.

As it turns out, children are more susceptible to getting hurt by shaking their heads in this way because their ear canals are considerably smaller in diameter than an adult’s, explained the author of the study, Anuj Baskota of Cornell University. The narrower tubes allow for denser accumulations of water, which then require more force to get out. For adults, whose ear canal diameter was substantially larger, the acceleration needed was lower. “The critical acceleration that we obtained experimentally on glass tubes and 3D printed ear canals was around the range of 10 times the force of gravity for infant ear sizes, which could cause damage to the brain,” Baskota wrote in a media release.

“Results revealed that the critical acceleration to remove the water from the ear canal strongly depends on the volume and the position of trapped liquid inside the tube,” Baskota wrote in the study’s abstract. “(…)The critical acceleration tends to be much higher in smaller sized tubes which indicates that shaking heads for water removal can be more laborious to children due to their small size of the ear canal, compared to adults.”

Nevertheless, Baroska warned that leaving the water trapped inside the ears was not a good idea either, since it might lead to ear infections. Luckily, there are other simple solutions available like lying on your side, jiggling your earlobe or using very small amounts of liquids to alter the tension. In fact, the researchers concluded that the water’s surface tension within the ear canal is one of the “crucial factors” that keeps the liquid trapped in our ears.

“Presumably, putting a few drops of a liquid with lower surface tension than water, like alcohol or vinegar in the ear would reduce the surface tension force allowing the water to flow out,” Baskota suggests. Avoid adding drops to the ears, however, if your child has ear tubes or a ruptured eardrum.

The findings of the research were presented on Nov. 23rd at the American Physical Society’s Division of Fluid Dynamics annual meeting. 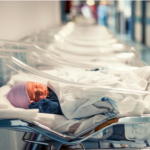 Umbilical Cord ‘Milking’ Found To Be Dangerous For Some Babies 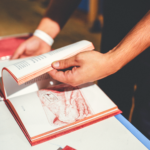