Want To Connect With Your Teen? Watch Your Tone, Mom

Contrary to what teenagers might think, there could be something parents can do right. A new study published in Developmental Psychology found that the tone of voice we use when talking to our teens has an effect on their performance and our relationship. The study of 1,000 teens (aged 14 and 15) had parents use different tones of voice when giving their teens instructions. It set out to find whether a neutral, encouraging, or negative tone of voice changed the teens’ responses, even when the actual words parents used were the same.

The study found that a motivating message delivered in an encouraging tone of voice “elicited more positive and less negative emotions, increased closeness, and intentional behavioral engagement” as compared to the neutral tone of voice. Researchers noted the opposite results when mothers used a negative tone; the same messages delivered in a controlling tone resulted in more separation in the parent-child relationship and an increase in negative feelings from the teen.

This is great for parents to know, whether you’re trying to emotionally connect or just trying to get them to do their homework.

It’s really not so different from when these teens were toddlers.

These findings are inline with thoughts on voice tone from Katie Hurley LCSW, child and adolescent psychotherapist and author. Hurley told ParentsTogether, “Just as with younger kids, meeting a teen’s storm with your calm is essential. Your ability to remain cool when things are hard will help your teen work through difficult times.”

She suggests that as parents, we don’t forget about controlling our tone of voice as our kids age. “We hear a lot about voice tone, particularly raised voices, when it comes to parenting toddlers and young children, but this piece of the parenting puzzle seems to disappear when kids reach the tween and teen years. With so many intense issues affecting teens (stress, anxiety, social media, bullying), it’s easy to imagine why this is the case.”

Hurley’s thoughts ring true. There is so much parenting advice out there about remaining calm and supportive through toddler tantrums and power struggles, but little about how we should be talking to our teens. Hurley shares an important reminder that voice tone plays an important role in how we relate to others at every stage of development. “Teens are hard-wired to feel judged at times, so a sarcastic voice tone from an adult can cause emotional harm,” she says. “A supportive voice tone, on the other hand, conveys that the parent is there for the teen. The goal is to modulate voice tone to show empathy, support, and trust in your teen. When parents indicate their support of and belief in their teens, their teens feel cared about and motivated.”

Whether they want to admit it or not, teens do need their parents in their corner. The teen years are a tough time of self discovery. Tension between dependence on their families and independence out in the world can lead to a roller coaster of emotions. As long as today’s teens can come home to an encouraging voice, hopefully we as parents can say we’re doing something right… at least according to the research. 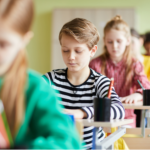 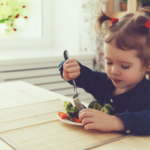 More Vegetables May Be the Cure For Picky Eaters