What Does the Inflation Reduction Act Mean for Your Family?

After months of negotiation, the budget reconciliation bill known as the Inflation Reduction Act has finally been signed into law by President Biden. The bill aims to reduce costs for families during the current spike in inflation by investing heavily in healthcare and tackling climate change.

The bill invests over $400 billion between energy security and climate change measures, and an expansion of the Affordable Care Act including prescription drug benefits. It will also reduce the federal deficit by $300 billion. These costs are covered through a combination of IRS tax enforcement for corporate and wealthy taxpayers making more than $400,000 a year, new fees on stock buybacks, and prescription drug pricing reform.

How will my family be impacted?

The Inflation Reduction Act is the largest investment in federal clean energy in U.S. history, and will lower greenhouse gas emissions by 40 percent by 2030—a feat scientists say is essential if we want to stop runaway climate change.

It does this by investing in renewable technology, like solar panels or electric vehicle components, and then helping everyday Americans actually use these energy sources in their lives. It includes tax credits and other financial incentives that will make clean energy options more accessible, especially to those families who are lower- to middle-income. The bill includes things like:

The bill covers the costs of these programs through a number of tax reforms and enhanced tax enforcement. The legislation institutes a 15 percent minimum tax for corporations making $1 billion or more in income, which is projected to bring in over $300 billion in revenue.

The increased tax enforcement will only impact families making over $400,000 per year. There will also be a one percent excise tax on corporate stock buybacks, which will take effect next year. This measure represents one of the first new corporate taxes in decades.

Biden spoke about the negotiations at the White House last month, saying, “With this legislation, we’re facing up to some of our biggest problems and we’re taking a giant step forward as a nation…This bill is far from perfect. It’s a compromise. But it’s often how progress is made.” 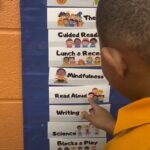 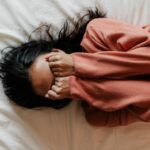