Why You Might Want Your Child To Be a Rule-Breaker

There might be good news for parents out there trying to get slightly rebellious children through elementary and middle school. Even if your child has recess revoked or visits the principal more often than you’d like, a new study shows that breaking the rules once in a while might not be so bad after all.

People who “hardly ever followed school rules” are the most satisfied.

A recent study of over 1000 people conducted by Office Depot found that perfect behavior in children doesn’t always equate with success as adults. It turns out kids who follow their own path and break the rules may ultimately be happier, and report greater life satisfaction later in life.

Researchers believe this might be due to the pressure to fit in with peers. Following rules often requires conforming to the appearance and behavior of others. “As students get older, the pressure to fit in increases and can often cause children and teenagers to withdraw from their peers and, ultimately, be unhappy,” according to the study. This unhappiness seemed to spill over into their adult lives.

Other studies support this theory. For example, some research projects found that we’re much more likely to regret not following our dreams or not becoming the person we imagined being, as opposed to not living up to someone else’s ideal based on our duties and responsibilities. Simply put: Doing the things we dream of doing, even if they don’t match society’s ideal, makes us happier than doing what we “should” do.

These rule-breakers are also most likely to own their own businesses.

Furthermore, having a successful business didn’t seem to hinge on having top grades. The researchers found that “Instead, success is often determined by attitude. While those with perfect grades know how to navigate school and follow the rules, the most successful people know how to break them.”

Our little rebels have some great qualities.

The correlation between happiness, success, and a visit or two to the principal’s office reported in the study is not all that surprising when you think about the qualities of the people they are discussing. Aren’t those who are most willing to take risks the ones who often find great reward? And those who are confident enough to follow their own path might be the ones brave enough to try out their own business idea.

Claire Cole, a project manager at Office Depot, reflects on these theories. As she told Inc.com, “If you’re a rule breaker, maybe that means you’re marching to the beat of your own drum a bit more and having a bit more self-determination, so maybe that’s what leads people to greater life satisfaction.”

Lucky for all of those worried parents out there, it seems the path of our rebels and independent thinkers often only leads to the principal’s office for a short time. 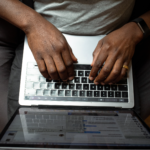 The Digital Divide Is Still Not Closed for Kids 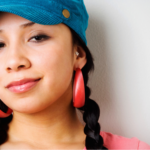