Martin Luther King Jr. Day isn’t just an excuse for a three-day weekend in January. Once you stop to reflect on the life and work of Dr. King, you’ll remember that there are so many important historical moments and values that children and adults can learn and grow from. From his moving speeches to the courageous marches and world-changing movements he inspired, Dr. King is someone we should all be taking the time to honor and celebrate.

A lot of families would probably love to do something meaningful for Martin Luther King Jr. Day but aren’t sure where to start—or how to address the topic with kids in a way that doesn’t just feel like homework. Here are some suggestions for making Dr. King’s birthday a meaningful—and even fun—holiday with your family.

Learn and celebrate through music

Listen to Stevie Wonder’s song “Happy Birthday” and follow along with the lyrics. Although the song has become a popular birthday party tune, Stevie Wonder actually released this song in 1981 as part of a campaign to establish a holiday on Martin Luther King Jr.’s birthday. Read the lyrics and discuss what they mean, as well as the album liner notes that Stevie Wonder penned about the song (you can find them in the right column of the Genius lyrics page).

To continue the musical education, watch the virtual Born on the Water concert on January 17, 2021, by the Boston Children’s Choir. The concert will honor Martin Luther King, Jr. Day and the Civil Rights movement with relevant songs from many different genres performed by children and adults, interspersed with historical information. The virtual concert is free, but registration is required.

Read together and be inspired

There are plenty of children’s books that tell stories about Martin Luther King Jr. and the Civil Rights movement, but the following picture books stand out as extra compelling because they show history from the perspective of young people. Adults and kids are sure to learn something and be inspired to stand up for what’s right. These books are recommended for ages 6 and up.

Older kids and adults may enjoy learning about the nuances of the Civil Rights movement through the graphic memoir format of John Lewis’s March trilogy (recommended for ages 12 and up). Dr. King features heavily in the series because John Lewis worked directly with him and other legendary activists.

Most people know about Dr. King’s famous “I Have a Dream” speech, but have they actually heard the whole thing? Listen to or watch the entire speech that Dr. King delivered on the steps on the Lincoln Memorial on August 28, 1963, together as a family. Let kids ask questions, and see what parts stand out to them.

Share the fact that the most famous section of the speech, the “I have a dream” part, was actually unplanned. After shouts of encouragement from the crowd, including from Mahalia Jackson, Dr. King’s favorite gospel singer, he decided to go off-script and expand on describing his “dream.” See if kids are inspired to share their own dreams—in an impromptu speech to the family, in a video, or on paper.

Craft for peace and justice

Get creative and inspire others to think about MLK’s principles by making an artful sign for your window, your living room, or your Zoom background. One fun and easy way is to use paper plates, tape, and paint. Use masking tape to make your design on the plates, whether it’s simple peace signs, or letters that spell out a message of your choice (such as “peace,” “equality,” “happy birthday MLK,” or “BLM”). Have kids paint all over the plates, then peel off the tape. String together your plates or pin them up next to each other to complete the sign.

There are over a thousand streets named after Martin Luther King Jr. around the world, and at least 955 of them are in the United States. Look carefully at photos of some of the MLK-named streets, avenues, and boulevards in this National Geographic feature. See what details and differences kids point out.

Next, type “Martin Luther King” into Google Maps and see what comes up near your own location. Talk about whether you’ve been to any of these streets, parks, or buildings—and why or why not. You might even want to plan a future family outing around one of the locations you uncover.

There’s no one right way to celebrate Martin Luther King Jr. Day, and of course there are plenty of other Civil Rights leaders we should be honoring too. But hopefully this list will give you some unique jumping-off points to make this day off an actual holiday in your household, and continue an ongoing family conversation about race, fairness, and speaking up for what you believe in. 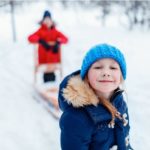 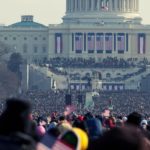 What Is Inauguration Day? An Explainer for Kids