An alarming new study has found that firearm deaths in U.S. schoolchildren is increasing at disturbing rates, especially among black children and those between the ages of 15 and 18.

Relying on data from the Multiple Cause of Death Files of the National Center for Health Statistics, researchers found that from 1999 to 2017 there were nearly 40,000 deaths due to firearms in school-age children, with over 2,000 of those occurring in high school-age children on average each year. The findings were published in the American Journal of Medicine.

Given these and other statistics that show the skyrocketing rates of firearm deaths among children, research advocates say more studies are needed to shine a light on the epidemic. But for more than 20 years, Congress has deterred funding for gun violence research thanks to a provision in its annual appropriations legislation known as the Dickey Amendment, which prohibits the use of federal funds to advocate or promote gun control.

Although the scope of the amendment is somewhat debatable, organizations such as the Centers for Disease Control and Prevention, the National Institutes of Health, and others understood it to mean they should stay away from gun research — and they did. Over the years the National Rifle Association spent a ton of money and time on lobbying efforts to ensure the amendment was upheld, including donating money to reelection campaigns hoping the effect would net them another year of inclusion in the annual appropriations legislation.

The plan worked for a long time. But as a result of multiple mass shootings across the United States, several of which occurred at schools, public pressure finally led Congress to pass an omnibus spending bill in 2018 that included a provision that made clear that while the Dickey Amendment is still in place, it no longer prohibits federal funding of research on gun violence.

In their discussion, the researchers noted that in 2017 alone, 2,462 school-age children were killed by firearms. That’s more than double the number of firearm deaths suffered that year by brave adults who put themselves in harm’s way professionally to protect us, such as police officers and active duty military, combined.

They went on to call on clinicians, public health officials, and the general public to oppose federal laws and policies limiting analytic studies on firearms, saying they’re essential to combating the epidemic of mortality from firearms among U.S. schoolchildren. They even went so far as to say laws like the Dickey amendment “limit public health officials to passively observe continuing harms to the public they are sworn to protect.”

Last December, Congress finally approved $25 million in funding to study gun safety. While some applaud this newly-opened door to examine firearm violence as a step in the right direction, others say the money would be much better spent on intervention programs that are already proven to save lives.

Assuming the funding continues, however, the field has an uphill road to climb. Because of the Dickey Amendment, few young scholars have set out to study firearm violence since the amendment was approved back in 1996. “For 25 years, I’ve never told doctoral students that they should become a gun researcher because they couldn’t make a living. So we’ve lost a generation of researchers,” David Hemenway, a health policy professor and director of the Harvard Injury Control Research Center, told USA Today. As a result of this freeze on gun violence research, Hemenway estimates that there are fewer than 20 full-time gun violence researchers in the entire U.S. today. 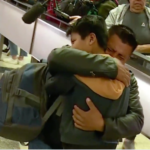 Among those reunited were David Xol and his 9-year-old son Byron, after having been unlawfully separated by the Trump administration for almost 2 years. CBS News / screenshot
Prev Post

Some Parents and Kids Separated At Border Finally Reunited, But Families Continue To Suffer 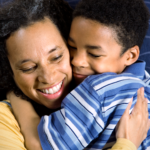 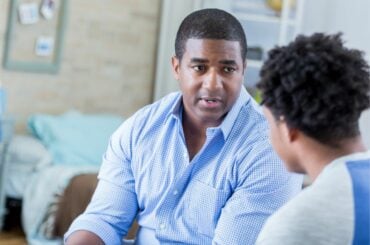