Some Parents and Kids Separated At Border Finally Reunited, But Families Continue To Suffer

Nine parents arrived at Los Angeles International Airport from Guatemala City in late January to be reunited with their children, after a year and a half of being separated due to the U.S. government’s zero-tolerance immigration policies. All of the parents had been deported when they attempted to seek asylum at the U.S.-Mexico border in 2018, but a federal judge finally ruled that the U.S. government had unlawfully prevented them from seeking asylum.

Of the more than 4,000 migrant children separated from their families during the Trump administration, at least 470 have been cases where parents were deported from the U.S. without their children. Asylum seekers are required to step onto U.S. soil in order to apply for asylum, so in many cases (including these nine parents) the migrants had not broken the law at all.

In the case of these nine parents who were reunited with their children in Los Angeles, says Linda Grimm, an attorney representing one of the parents, “They all kind of hit the lottery. There are so many people out there who have been traumatized by the family separation policy whose pain is not going to be redressed.”

Holly Sewell is a foster parent in Texas who cared for one of the children, Byron, now aged nine, for part of the time he was separated from his father. Byron had been held in government facilities for 11 months before that, since crossing the border at seven years old.

“People want to make this a heartwarming story, but it’s not. It’s devastating,” Sewell said. “There is just no good reason why we had to do this to this child and this family. And he symbolizes thousands of others who have been put in this exact same position.”

According to the United Nations, the U.S. is detaining more migrant children away from their parents than any other country. President Trump officially ended the family separation policy as of June 2018, but the separations are still occurring en masse. And for families who have gotten authorization to be reunited, tracking each other down can be extremely difficult.

Many migrant children have been held in detention centers where, besides not being able to see their loved ones, they often did not have access to basic sanitary needs like soap or toothpaste, or healthcare needs such as flu shots or timely and appropriate care for illnesses.

Even when children are eventually reunited with their parents, trauma has occurred that will almost certainly have lasting effects. Separating a child from their family for a long period of time leads to toxic stress, a biological response that has been shown to have a negative impact on mental and physical health, learning, behavior, drug and alcohol addiction, and even parenting abilities later in life.

While the recent reunions are worth celebrating, it’s clear Trump’s separation policy will have cascading harmful effects long into the future. And, as the Associated Press points out, it is important to note that “hundreds, potentially thousands, of other parents and children are still apart nearly two years after the zero-tolerance policy on unauthorized border crossings took effect.” 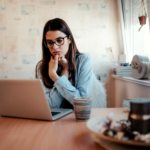 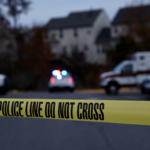