If you think companies are more committed to diversity than ever before, you’re probably right. We certainly hear a lot more talk about the importance of diversity — and equality — these days. But does that mean we’re any closer to achieving equal pay for equal work? Not really, and black women — and their families — in particular are paying a huge price for it.

To put this in perspective, Lean In, the organization co-founded by Facebook COO Sheryl Sandberg to empower working women, describes it this way: Black women had to work all of 2018 and until August 22, 2019 (Black Women’s Equal Pay Day) just to catch up with what white men earned in 2018 alone.

In fact when Lean In showed a group of black women what white men earned on average for the same job, they weren’t just flabbergasted, they jumped at the chance to point out all the things they would do with the earnings if their pay was on par. From finally buying a house (or in some cases, two houses), to saving for their child’s education, there was no shortage of ways the extra money could change their family’s lives.

Given that more than 80 percent of black mothers are the main breadwinners for their households, according to IWPR, this staggering pay gap impacts families’ ability to buy groceries, pay for childcare, invest in their children’s education, and more. If the wage gap were actually eliminated, here are just a few of the things a black woman working full time, year-round would have enough money to pay for:

Believe it or not, the gap rises for black women who earn bachelor’s and advanced degrees, making some question whether it’s worth the sacrifice to their families.

There’s clearly a lot of work to do when it comes to leveling the playing field for black women at work, and until we do, American families will continue to pay the ultimate price. 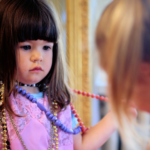 Could You Have Play Date Anxiety? Here’s How To Deal

Researchers and Teachers Team Up To Study 6 Key Learning Strategies