From the time our kids are little, we encourage certain behaviors we think are applicable to their gender, simply by the way we speak to them. Whether consciously or unconsciously, we encourage girls to be sweet and kind and we accept when they share emotions. Boys, on the other hand, are encouraged not to be vulnerable, to be brave and strong and basically to “man up,” which can often lead to them putting their real feelings aside in favor of those they’re told they should exhibit.

Over time some experts think this squashes boys’ emotional resilience, making them believe it’s in their best interest to suppress an entire part of themselves. This impacts not only their feelings about themselves but their academic performance as well.

Extensive research has found that boys are what’s called “relational learners.” That is, when boys have good relationships with their teachers, they are more engaged in class and tend to perform better academically. When they don’t, they tend to focus on feelings of inadequacy and failure and end up turning themselves off to certain classes or school overall.

The worst part is boys are unlikely to take the first steps towards repairing those broken relationships. This makes it all the more important for parents to empower boys to work things out with teachers on their own, rather than take over and try to fix things for them. Here’s what parents can do to help.

When you do have direct contact with your son’s teachers, share any special needs regarding their learning style, or even just their personality. The more teachers know about their students, the better they can tailor their approach and maximize the odds of connecting with them.

Ask about school in a new way

Also, rather than just ask your kiddo how their day at school went, ask specifically about teachers and classes, so you can get a more detailed picture of how they feel about certain subjects and the people who teach them every day. This will help catch any relationship breakdowns between boys and teachers early before things really start to sour and bad grades set in.

Help them to reach out

If your boys are too embarrassed or uncomfortable to speak to their teacher on their own, help them craft an email or letter that can get communication started. Whatever you do, encourage self-expression and try not to insert yourself too much into what they have to say. So long as they’re being respectful and honest, that’s fine—the point is to boost their confidence when it comes to independently communicating their needs and feelings.

Learn the right way to listen

Also key is simply listening to boys when they’re expressing themselves. Resisting the tendency to interrupt or provide our own spin or opinions about what they’re saying can be key to helping them build emotional resilience. “Listening is the most important tool parents have for building boys’ resilience,” Michael Reichert, a clinical psychologist and author of How to Raise a Boy: The Power of Connection to Build Good Men, told KQED, a Northern California affiliate of both National Public Radio (NPR) and the Public Broadcasting System (PBS).

He suggests what he calls the “listen-limit-listen strategy” whereby you first listen as boys share their feelings, whether that’s frustration, anger, disappointment, or something else. Next, limit any behavior that may be harmful, such as lying or treating a sibling or classmate poorly. It’s important that they know when any negative behavior isn’t unacceptable—but keep it brief and then move on and continue listening again. Chances are your limitations on his behavior set off another wave of feelings that are more likely to reveal the true problem he’s having. Think of it like peeling back the layers of something. One by one, you get closer to the heart of what boys are really feeling, so they can get more comfortable sharing their emotions and basically being themselves.

When boys feel they have at least one person in their corner who’s willing and ready to listen to what they have to say without criticism, we enhance their ability to process even the most intense feelings, making it less likely they’ll act out and more likely they’ll perform better in school—and life. 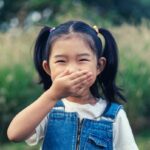 11 Common Parenting Phrases—and What You Should Be Saying Instead 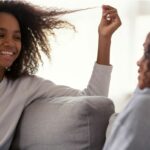 What to include in “the talk” at every age