Study Suggests Mothers Might Have Gender Bias About Boys Crying

A new study suggests that moms might be less tolerant than dads are when it comes to boys expressing emotions. While many of us might assume — as the researchers themselves initially did — that fathers in particular would be uncomfortable with boys crying, the research actually showed that only mothers considered boys’ tears as less favorable than girls’ tears.

In the study of almost 600 parents in the U.S. and Canada, participants were shown images of boys and girls displaying either sadness or anger. The parents had to sort the images into “pleasant” and “unpleasant” categories. And it turns out that while fathers showed no gender bias when it came to sorting the images, mothers were more likely to call boys’ sadness and anger “unpleasant” and to label girls’ similar emotional displays as “pleasant.”

The results call for a deeper look

It’s important to note that the study results don’t necessarily translate to different parenting behaviors among moms and dads. And the results might not even reflect mothers’ and fathers’ true beliefs when it comes to the value of boys showing emotion versus girls showing emotion, says University of Guelph researcher Kristel Thomassin.

As Thomassin told CTV news, “This isn’t meant to say that moms are ruining everything. It would be really interesting to see those biases, their beliefs, and how that reflects in their actual parenting styles.” She thinks that one possible interpretation of the study results is that mothers are simply more aware of cultural stereotypes than fathers, and those gender stereotypes might influence their responses — but might not influence how a parent actually responds to their child in daily life.

“It’s more acceptable for women or girls in general to be more emotionally expressive than boys, no matter what the emotion is,” Thomassin continued. So there’s also a possibility that mothers’ awareness of these cultural norms would cause them to react negatively to a boy crying, for example, out of concern that he might get bullied or teased for being emotional.

Either way, the study results are thought provoking and offer moms and dads a chance to discuss their own parenting styles when it comes to their kids’ feelings. Alyson Schafer, a Toronto-based parenting expert, pointed out to Globe and Mail, “A lot of times when our kids show certain emotionality we get triggered and we don’t like it, so we want them to change their emotions because we can’t handle it as parents.”

The study encourages us to dig deep and consider whether our reactions as parents are partially based on gender stereotypes. We may be well aware of the unfair stereotype of boys being tough and girls being vulnerable, says Schafer, “but it doesn’t mean we’re walking the talk yet.”

Child development expert Caron Irwin recommends that parents of both boys and girls should frequently discuss emotions and the reasons behind them. “Eventually, instead of crying they will use words like ‘I feel mad because….’ It normalizes these feelings and behaviours,” she says. One good way to start these conversations, she suggests, is to talk through emotions in story books — and making sure these stories feature both boys and girls in a variety of situations. 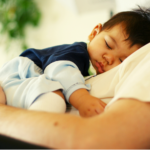 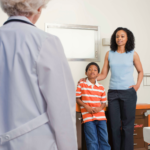 Kids With ADHD Might Fare Better If Their Parents Get Screened