A study released earlier this year revealed that, for the first time in a decade, teen drug overdose deaths rose sharply in 2020 and 2021. Fatal overdoses among teens increased by 94 percent from 2019 to 2020, and then rose an additional 20 percent in 2021. Black, Latinx, and Indigenous teens experienced the highest rates of overdose deaths.

The dramatic increase in overdoses is being fueled by the substance fentanyl, which has flooded the illegal drug market in recent years. In 2021, 77 percent of all teen overdose deaths involved fentanyl.

Although overall substance use actually went down among teens during the pandemic, the highly potent nature of fentanyl, along with the prevalence of other drugs that are laced with the substance, drove the rise in overdose deaths in this age group. Teens in particular have been encountering fentanyl in counterfeit prescription drugs.

Fentanyl is a synthetic opioid, meant to be used in a controlled medical setting to manage severe pain. It is often administered by a healthcare professional in a setting like an intensive care unit, but can also be prescribed for very limited home use — often in the form of a slow-release patch to be worn for 72 hours.

People may also take fentanyl recreationally, in forms such as nasal sprays, powder, blotter paper, and as pills that are made to look like other prescription opioids. The drug interacts with opioid receptors in the central nervous system, preventing the brain from detecting pain and producing feelings of euphoria. Fentanyl is a short-acting drug, meaning that it causes users to feel a “high” quickly, but also wears off quickly. Maintaining the “high” feeling requires repeated use, which can lead to addiction.

Fentanyl is 100 times more potent than morphine and 50 times stronger than heroin. In recent years it’s become common for fentanyl to be mixed into other drugs in order to cut costs and make them more addictive. The U.S. Drug Enforcement Administration found that 1 in 3 counterfeit pills on the market contained a lethal dose of fentanyl. Users usually don’t know their drugs contain fentanyl.

What do parents need to know?

You should learn how to watch for signs of addiction and overdose. You should also be equipped with an overdose antidote drug like naloxone and trained on how and when to use it.

Increasingly, kids are finding drugs for sale on social media apps, in addition to eCommerce websites, and through their peers. Whether or not someone is seeking out fentanyl, it can often be present in other illegal drugs, making poisoning a risk even from one-time use. Lethal doses of fentanyl have also been found in common prescription drugs like Adderall and even in vitamins. Kids don’t need to be seeking an illegal substance to be at risk.

Parents worried about the risk of drug exposure should watch out for new or unusual behaviors in their older kids and teens. The following indicators may put your child at higher risk of substance abuse:

There are also physical symptoms to look out for if you’re worried that your child may be abusing fentanyl or other substances:

If you suspect that your child is abusing substances, you can schedule a screening with your pediatrician, or contact a drug counselor or mental health professional. Early intervention is key to preventing addiction and overdose.

What do kids need to know?

Having conversations about substance use early and often will reduce the likelihood that your child will abuse substances later on. Make sure they know that the door is always open if they have questions or concerns, and that they’ll never get in trouble if they come to you.

Start the conversation using this helpful guide for talking to kids about substance abuse and addiction, and then educate them on the particular dangers of fentanyl. Make sure they understand that it’s not enough to simply avoid fentanyl since it’s so often found in other drugs. Any substance that isn’t from a doctor or a trusted adult can be at risk of causing immediate overdose and death, so avoiding illegal drugs altogether is the only way to stay safe.

If you or someone you know is in a crisis and needs to speak with someone immediately, call the 988 Suicide and Crisis Lifeline or contact Substance Abuse and Mental Health Services (SAMHSA). 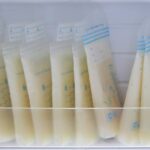 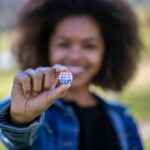