How To Avoid Cultural Appropriation With Your Kids’ Halloween Costumes

This Halloween, let’s all remember that cultures are not costumes. If your child wants to dress up in a Native American costume, as a geisha, or as a “hobo,” it’s time for a family discussion about stereotypes and cultural appropriation.

Costumes that generalize an entire group of people reinforce harmful stereotypes and mock marginalized groups of people. Many schools are now discouraging such costumes, and even banning some, in an effort to make their communities more inclusive.

Ask yourself a few questions first.

Wesleyan University provided this useful guidance: “Ask: Does this costume … mock cultural or religious symbols such as dreadlocks, headdresses, afros, bindis, etc.? … attempt to represent an entire culture or ethnicity? … trivialize human suffering, oppression, and marginalization such as portraying a person who is homeless, imprisoned, a person with disabilities, or a person with mental illness?”

When the issue is laid out like this, most parents understand how certain Halloween costumes aren’t scary or cute, but just plain offensive.

What if your child wants to celebrate a culture that they aren’t part of?

The ethics get trickier when people debate whether it’s okay to dress up as a specific person or character from a culture that is not your own. What about Disney characters, for example? Fortunately, Disney has evolved to develop characters of color like Moana, Tiana, and Mulan to look up to, and it’s understandable that children of all races would want to dress up like them.

However, parents of white children (or children who are not from the culture represented in the costume) can use this as an opportunity to discuss why it could be a problematic choice, as Sachi Feris of Raising Race Conscious Children did with her five-year-old. Because characters like Moana are based on a rich cultural history, there’s a good chance that such a costume will be unwittingly reinforcing stereotypes and promoting a Halloween environment that is less fun for neighbors and classmates of color.

It’s important to talk to our kids about these distinctions.

White children in particular have plenty of white characters in pop culture to choose from—and recognizing that is one way to begin informing kids about their privilege. In an opinion piece, the Redbook editors agreed that Moana isn’t the best costume choice for a white child: “This isn’t about putting a damper on your kid’s creativity; it’s about exercising sensitivity towards anyone who doesn’t get to choose how the world at large sizes them up.”

The decision can be a bit nuanced, though. Emmaline Matagi, who is from Fiji, wrote in New Zealand’s The Spinoff that buying a Moana costume straight from the rack seems perfectly fine to her, as long as it doesn’t include face paint, temporary tattoos, or a brown bodysuit. She does take issue with non-Polynesian people drawing on tattoos or trying to don traditional Polynesian dress when they’re uninformed about the cultural significance of these traditions. That, to Matagi, is the definition of cultural appropriation: “taking something from a culture which you don’t belong to and using it for a purpose which it is not made for, without knowing or understanding its cultural significance … turning it into an accessory for your own fun or entertainment.”

It all comes down to this.

If you’re unsure about your kid’s costume, here’s advice from a college rector at Notre Dame: “In general, here is a good litmus test: if you would feel uncomfortable wearing the costume in front of the group of people that the costume depicts or are concerned if it is offensive, then you might need to think twice.” Want to discuss the issue with other parents? Join the conversation on Facebook. 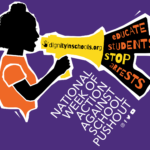