Families of color aren’t the only ones who should be having “the talk” about race and racism with their kids.

When white kids are not taught explicitly about race, it continues the harmful cycle of white folks thinking they are normal, standard, default — and, well, superior. White kids get the message that race is something for all those other types of people to worry about.

But the fact is, race and racism affects kids and families every day. If things are going to change, white kids need to start being more aware of…well, being white. Staying quiet about racism and simply trying to avoid it is just not working for us as a society, and all of our kids deserve better.

Teaching about race is absolutely not about making white kids feel guilty for being who they are, though. Their country’s and ancestors’ history is obviously not their fault. Instead, white families can redefine their role by actively working on breaking the cycle of racism so that all families can thrive!

Talking about race and racism is hard (especially if you haven’t had much practice yet) but necessary. We’ll help you get started with this suggested script.

Babies notice race-based differences between people at around 6 months of age, and they internalize any racial bias they’re exposed to (at home, in media or images, and in society) by age 2 to 4. So it’s important to address the topic early.

“Have you noticed that people have many different skin colors, hair colors, and eye colors?

That’s because people have different amounts of melanin in their skin, hair, and eyes. Melanin is something that helps protect a person’s body from the sun, so if your biological relatives from a long, long time ago were from somewhere very hot and sunny, you tend to have darker skin, hair, and eyes.

What color would you call your skin and my skin? What about our hair and eyes? Do you think they’re lighter or darker than most people in the world?”

The definition of “white”

“Even though our skin is not actually white, we’re called ‘white’ when we talk about race. People can be Black, white, Asian, Pacific Islander, Latinx, Middle Eastern, Indigenous, or multiracial — or they may call themselves something else.

As kids get a little older, you can start including subjects like diversity and racism in your conversations about race. It might sound something like this:

“Being part of one group or race doesn’t mean you’re the same as everyone else in that group.

Think about every other white person you know. There are tons of differences in the way you look, your families, what you’re interested in, how you talk — just about everything, right?

The same is true for all races. Even if you compare DNA, there are tons and tons of differences between people who are the same race. And there are even more similarities between people of different races. Race isn’t even a scientific fact, it’s actually something that humans have made up.

Have you ever heard anyone say that something is true about a whole race of people? What do you think about that?”

What’s “normal” for you?

“Are there certain races of people you’re more used to seeing? Who do we see in our family, in school, and in our neighborhood? Who do you see in your favorite TV shows or movies?

If we’re really used to seeing people who look a certain way, including in our own family, on the TV shows we watch, or shopping at the same stores we do, we start to think those people are the ‘normal’ ones and that everybody else is not.

But that’s not fair! Just because you might see more white people as our country’s leaders, or in movies, or as teachers, doesn’t mean they are better or more normal than anyone else.”

For example, only white people were allowed to vote and get elected as the leaders of this country for a long, long, long, long time. They got used to the idea that they were somehow better than people of other races. These laws were around for so long that they still affect the way things are today.

The effects of these old laws — and the old ideas that have stuck around about race — can still make it harder for people of color to move to nicer neighborhoods, get the jobs or promotions they want, and just be treated fairly in life. This is called racism and it is still all around us.”

“The main reason that race is such a big deal is that some white people wanted to have power and keep that power, and so they made up some rules. Then they also had to make up some reasons for those rules that would work really well for themselves but not others.

For example, the government created maps of cities that claimed that most of the predominantly Black neighborhoods were ‘hazardous’ and that the people there shouldn’t be given fair loans to buy houses. This was called red-lining.

Now those maps are not used anymore, and housing discrimination based on race is illegal. But that ‘hazardous’ label had lasting effects. Many people today still assume that certain neighborhoods are ‘bad’ or ‘dangerous’ based on how many Black people live there.

So you see, even if some of the racist rules don’t exist anymore, those made-up reasons are still around and still help white people keep their power. It’s really important for us to try to get rid of those, so that life can be more fair for everyone.

There are lots of people of all races, including white people, who have actively worked against racism, and that’s why things have been getting gradually fairer. Let’s learn about some examples of white anti-racists in history, like Anne McCarty Braden and Bob Emmett Fletcher!”

“Anne McCarty Braden was a white journalist in Kentucky who worked against housing discrimination and racial segregation. She and her husband cooperated with the Wades, a Black couple, to help them buy a house in an all-white neighborhood in 1954.

As a result, the Bradens and the Wades were threatened violently by white people in the community. The Bradens were even arrested because of their involvement in trying to change the way things were.”

“Bob Emmett Fletcher was a white farmer and firefighter in California who was bothered by anti-Asian discrimination during World War II. When some Japanese American families in his community were forced into internment camps, they had to abandon their farms.

So Fletcher decided to quit his job and take care of the Tsukamoto, Nitta, and Okamoto farms, as well as pay taxes for the three families to keep their farms.

Others were not happy that he was helping these families, and even threatened him with violence. When the families were allowed to return home, Fletcher kept supporting them however he could.

Why do you think these activists spoke up and took action even though a lot of people got very angry at them for it?”

Everyday ways to work against racism

It’s important for parents of white kids to make sure they understand that, although it’s certainly not their “fault” and they didn’t ask to be privileged, in our country they will have certain advantages just because of the color of their skin. And even more importantly, they should understand that means that other people are not getting those advantages. It’s up to each of us to notice when that’s happening, and to stop it whenever possible.

For example, if you’re in a rowdy class and notice that white students are not getting in trouble but Black students are, you can point that out to the principal or dean and ask for fair treatment. Yes, even if that means you’d get in more trouble yourself.

What kinds of conversations do you think your Black or other POC classmates might be having about race and racism at home? Are they different from the conversation we just had?” 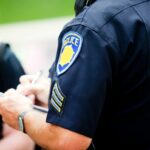