This story was originally published by ProPublica.

How Schools and Police Work Together to Punish Students

At Illinois’ largest high school district, Black and Latino students were suspended more often than white students, disciplined more often for subjective reasons like dress code violations, and referred more frequently to the local police, who in many cases then issued costly tickets for misbehavior, data submitted as part of a state investigation shows.

The information provided to state officials by Township High School District 211 reveals widespread disparities involving not just students of color but also those with disabilities. The Illinois attorney general’s office is in the early stages of a civil rights investigation that aims to determine if some groups of District 211 students have been unfairly disciplined at school.

The data, obtained through a public records request, shows that Black and Latino students together received about 65% of the roughly 470 tickets police have issued to high school students since the start of the 2018-19 school year. Those groups make up just 32% of district enrollment. White students, meanwhile, make up nearly 43% of enrollment but received about 28% of the tickets.

More than 22% of the tickets were issued to students whose disabilities made them eligible for an Individualized Education Plan, though those students make up only about 9% of the enrollment. The district, with 11,800 students, operates five high schools and two alternative schools in the large suburbs of Palatine, Hoffman Estates and Schaumburg.

The attorney general’s office began its investigation following publication of “The Price Kids Pay,” an investigation by the Chicago Tribune and ProPublica that revealed schools across Illinois have been working with police to punish students with costly tickets for violating municipal ordinances.

The news organizations’ investigation included a first-of-its-kind database of tickets issued at Illinois public schools over three school years. The attorney general’s office has said District 211 stood out both for the number of tickets issued and for racial disparities in the ticketing. (The news database includes tickets provided by local police departments, not the school district, from the school years ending in 2019, 2020 and 2021. The data from the state investigation includes the school year ending this summer and comes from the district).

“They are not a statistic to us, but a developing young adult,” she wrote. “Race is not and has never been a factor in our student discipline. Decisions are highly individualized and based on the specific behavior and are not well-suited to a simple numerical analysis.”

Small also said the district recently stopped alerting law enforcement when students are truant. A 2019 Illinois law made it illegal for schools to notify police when students are truant so that officers can ticket them, but the Tribune and ProPublica identified dozens of school districts that routinely failed to follow this law, including District 211.

Amy Meek, chief of the Civil Rights Bureau in the Illinois attorney general’s office, said in an interview last week that an initial review of the District 211 data is revealing disparities related to students’ race and disability status, and that “those are the kinds of things that we would typically want to look more closely at.”

Meek said the next step is to try to understand, possibly through additional records and interviews, the reasons for the disparities. “You have to not just identify the disparity but also assess whether this disparity is the result of a particular policy or set of decisions and is there an alternative that would have a less disparate impact,” Meek said.

One Black parent whose son received a ticket at Palatine High School said the disparities in the data don’t surprise her. Her son’s ticket, issued by a school-based police officer, was dismissed at a hearing. Racial bias exists everywhere, she said, including at school.

“It is already inside their minds like, ‘These people are the bad people so we have to keep an extra eye out on them,’” said the woman, who attended the hearing at the village’s police station. “Of course they should be doing something about it.”

Some District 211 records show that school officials were aware of concerns about racial disparities in discipline. The district commissioned a study on race and equity at its schools that began in 2020 and became the basis for a districtwide plan to address racial equity.

“Parents and students believe that there are unfair disciplinary practices in our schools” that result in a “harsher discipline consequence” for Black and Latino students, according to early findings based on focus groups of students and parents.

The district’s data confirms that disparities exist, including in enforcement of minor disciplinary matters such as insubordination, dress code violations and student ID violations. In addition to the ticketing disparities, district records show that Black and Latino students together received 65% of the suspensions that schools imposed. About 36% of the suspensions went to students with disabilities.

But in a letter to the attorney general’s office accompanying the data, the district’s lawyer denied any bias.

“The District does not believe the data contained below reflects a disparate impact of disciplinary consequences,” the letter states. The district also told the attorney general’s office that it has prioritized training and professional development on “educational equity and trauma informed care.” It provided hundreds of pages of materials, including training for school employees on how to respond to students in crisis and on understanding equity.

The district also distanced itself from actions police take at school, stating in the letter that police, not high school employees, write the tickets. Workers also don’t call police to come to the school, according to the letter. Instead, employees refer students to “police consultants,” or police officers who are already stationed at the schools, and those officers decide what action to take.

The district also said that when it sends students to police, its “intent is not that students are issued fines or fees, but to add a layer of support.” Yet district training and handbook materials warn that misbehavior can result in fines.

Tickets issued by Palatine police carry fines and, in some cases, a $55 fee for an administrative hearing, where tickets can be disputed or penalties reduced. The hearing officer in Palatine can approve community service instead of a fine, but he also can impose up to a $750 fine if the student doesn’t show up to the hearing or complete the ordered community service.

The attorney general’s office is also examining the village of Palatine and its Police Department, which has officers stationed in three district buildings.

District 211 and Palatine sent records to the attorney general’s office in July. The school district then provided those records — more than 1,500 pages’ worth — to the Tribune and ProPublica in response to a Freedom of Information Act request. The Palatine Police Department has refused to turn over its records to the news organizations.

The district’s records show that when school officials involve the police, a process known as a police referral, Latino students are more likely than other groups to receive a ticket.

The data does not include tickets issued in the 2020-2021 school year, when buildings were closed for much of the year because of the pandemic. And though the data shows tickets were issued at all District 211 high schools, the district acknowledged that it may not have records on all tickets issued and that the three police departments serving the district could have records concerning additional tickets.

The Tribune and ProPublica previously documented the tickets issued on school property or at school events by police from Palatine, Schaumburg and Hoffman Estates and reported that the reason for the tickets was often possession of e-cigarettes, cannabis or drug paraphernalia; truancy; or disorderly conduct. So far, the attorney general’s office has requested records only from the Palatine police, but Meek said it’s typical for her office to issue subsequent requests for information and conduct interviews in the course of civil rights investigations.

Police chiefs in Palatine and Hoffman Estates, where officers issued most of the school-based tickets, which often carried hundreds of dollars in fines, did not respond to requests for comment. In Schaumburg, where students received fewer tickets, police Chief Bill Wolf said decisions to arrest or issue citations to students depend on “the seriousness of the crime, previous history, and the ability or desire of the parents or guardians to correct the behavior.”

“The race or disability status of the juvenile has absolutely no part in the determination to make an arrest or pursue a citation,” Wolf said in an email. The Schaumburg tickets often do not result in a fine, he said.

In June and July, reporters attended hearings at the Palatine police station where high school students who had received tickets appeared before a hearing officer. Students had been ticketed for truancy, possession of a vaping device and vandalism.

One student, a Palatine High School sophomore, was ticketed in April after he returned to school from a lunch break. The police officer stationed at the school accused the 16-year-old student, who is Black, of damaging a chain-link fence that students often pass through as a shortcut at lunchtime.

The school is listed as the complainant on the ticket. The student said in an interview that he told the school-based police officer he didn’t damage the fence.

The hearing officer ultimately dismissed the student’s case when another student who received a similar ticket acknowledged he had damaged the fence.

But the hearing officer didn’t seem to recall the dismissal when he saw the first student at Smoothie King a couple weeks later, according to the student.

“The judge came to my job and mentioned it in front of my coworkers,” the student said. “He asked in front of them, ‘Did you get those [community service] hours done?’”

Attempts to reach the hearing officer for comment were unsuccessful.

“It was uncomfortable,” said the student, who felt forced to explain the situation to the other employees. “It’s embarrassing to do it in front of my co-workers because it could have ruined my job.” 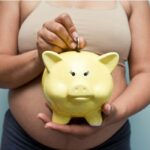 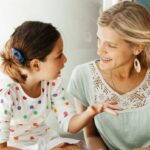