If you’re a parent, here’s what you need to know about monkeypox

An outbreak of monkeypox has been making the news in recent weeks, alarming families across the country who are still coping with the COVID-19 pandemic. So far, over 6,000 cases have been reported in the United States. On August 4, President Biden declared monkeypox a public health emergency.

Monkeypox got its name from the colonies of research monkeys in which the virus was first discovered in the 1950s. The first case known to occur in a human was in 1970. Its primary symptom is a rash that can look similar to chickenpox. The rash will initially look like flat spots. Then, all the spots will change around the same time, becoming raised bumps and then fluid-filled blisters that turn into pus-filled white or yellow sores. Before the rash appears, some early signs of monkeypox may include:

How does it spread?

The virus is primarily spread through contact with the rash or bodily fluids of an infected person. A person is contagious from the time they first develop symptoms until after the sores from the rash have healed over. Any type of close contact with an infected person, including hugging, kissing, sexual contact, and sharing bedding, towels, etc. can result in spreading the virus.

While most of the cases so far in the United States have been among men who have sex with other men, anyone can get monkeypox if exposed. Sharing a household or close quarters with an infected person can increase the risk of contracting monkeypox.

Is my family at risk?

Since the start of the outbreak, there have been at least five children in the United States who have tested positive for monkeypox. Pediatric cases have been mild so far. The CDC has listed kids under eight as one of the groups at elevated risk for the virus, along with immunocompromised people and folks who are pregnant or breastfeeding.

Experts are urging parents not to panic about monkeypox as cases are still very rare. Because the virus primarily spreads through direct contact with an infected person, wiping down door knobs and other surfaces more than usual isn’t necessary. Washing hands and keeping up-to-date on cases in your own community should be sufficient to protect your family from the virus. Stay aware of surroundings and nearby people, and avoid contact with people who are known to be infected or have signs of a rash.

A vaccine does exist for the virus for people eighteen and older, and can be made available on a case-by-case basis to children under eighteen with special permission from the Food and Drug Administration to those with known monkeypox exposure. Antiviral medications like Tecovirimat are available to children, and are also being used for treatment of monkeypox. 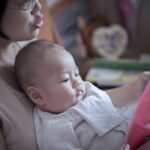 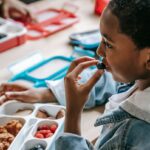