Infant Mortality Rates In US Are (Still) Disturbingly High

It’s easy to assume that living in America protects you from having to worry about high infant mortality rates, but unfortunately, that’s just not the case

Infant mortality rates overall are better than they were in, say, the 1960s, but we’re still not doing as well as you might think. In 2017, the most current data available from the Centers for Disease Control and Prevention (CDC), the infant mortality rate in the United States was 5.8 deaths per 1,000 live births. That’s about 70 percent higher than comparable countries like Japan, Sweden, and the United Kingdom (even small island nations such as Antigua and Cuba fare better than the U.S.).

It gets worse if you look at rates based on race or ethnicity. For non-Hispanic black infants, the infant mortality rate in the U.S. is 11.4 per 1,000 live births, which puts them on par with children in Tunisia and Libya.

It’s hard for some parents to imagine that this is an area where we can trail the rest of the world, but that’s where we find ourselves, despite spending more per person on healthcare than any other country in the world. On average, other wealthy countries spend about half as much per person on health than the U.S. spends.

That leaves U.S. in the 33rd spot out of 36 when compared with the countries that comprise the Organization for Economic Cooperation and Development, according to America’s Health Rankings Annual Report. Only Chile and Mexico fare worse.

Maternal mortality is also an issue

While the rate has been decreasing across the world, rates in the U.S. have been increasing steadily.

Consistent prenatal care is the best defense against either of these fates. That means attending your regular pregnancy visits, following your doctor’s recommendations, and alerting him or her if anything seems amiss. 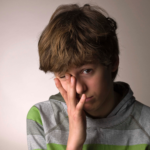 How To Survive Daylight Saving Time With Kids 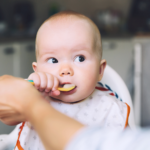