It Takes a Village: Whole communities that are Black History Month heroes

Black History Month is a good time to remember that change is not just created by a few exceptional leaders. Though yes, they are extremely important, we need to look beyond the fame of heroes like Rosa Parks, Martin Luther King Jr. and Frederick Douglass, to realize that entire Black communities came together to enact change and make their voices heard.

Here are five examples that families can learn about to highlight community-wide achievements instead of individual heroes. These history lessons remind us of the importance of the many different roles in a community and how they work together.

After Rosa Parks, Claudette Colvin, and other individual Black women were arrested for refusing to give up their seats to white bus riders, the Black community of the city of Montgomery, Alabama, mobilized and carried out a boycott of the public bus system from December 1955 to December 1956—an entire year.

Eventually the Montgomery federal court, and then the U.S. Supreme Court, ruled that it was unconstitutional to require segregated seating on buses. The Montgomery bus system became integrated, and the boycott ended after 381 days. The bus boycott was one of the earliest mass protests on behalf of civil rights in the country, and set an example for other effective, nonviolent actions to come.

The Thriving Integrated City of Wilmington

During the late 19th century, Wilmington, North Carolina, was a symbol of Black success in post-Emancipation times. Wilmington was a large, thriving, and integrated port city whose population was majority Black.

Wilmington boasted a successful Black middle class with significant numbers of Black doctors, lawyers, and educators. Black people owned many businesses, including 10 of the city’s 11 restaurants and 20 of its 22 barbershops.

Wilmington was home to the only Black-owned daily newspaper in the country, and Black male literacy rates were higher than they were among whites. There were large numbers of registered Black voters, and Black politicians even won several seats in local, state, and federal government positions.

However, these signs of Black advancement were too much for many of the white leaders to handle, so conservative politicians organized a plan to take back power. The plan turned into a coup in 1898 in which armed white people threatened Black voters, and marched into City Hall to force progressive politicians to resign. Violent white mobs, supported by police and state militia, ended up killing 60 or more Black residents and burning down the Black-owned newspaper building.

The Building and Rebuilding of Tulsa’s Black Wall Street

After the Civil War, many Black people migrated out of the Deep South to escape racial oppression. Some ended up in Tulsa, Oklahoma—but still, many white business owners refused to serve Black customers. In the early 1900s in the neighborhood of Greenwood, many Black residents became property owners and began opening their own businesses and institutions.

The neighborhood became known as “Black Wall Street” because of its economic success. There were Black-run law offices, schools, real estate agencies, a theater, a grocery store, a newspaper, a hospital, a hotel, a library, and more.

In 1921, white rioters destroyed the neighborhood with fires, killing hundreds of people, not to mention leaving a financial wreck. But Black residents worked together to rebuild the area, mostly without help of the white community, and opened 80 businesses in 1922.

The neighborhood thrived again for a few decades, even surviving the Great Depression. A business college opened there, and many middle class and upper class African Americans resided there. The Greenwood Cultural Center opened in the late 1970s to help preserve the historic area.

The Birth of Hip Hop in the Bronx

In the 1960s and 1970s, the Bronx and the rest of New York City were in economic distress. Many of the poorest areas of the South Bronx were so neglected that neighborhoods lacked basic services like sanitation and firefighters, and landlords were hiring arsonists to burn down their buildings for the insurance money.

Young Black and Latino teens and young people growing up in this environment needed an outlet, and that’s when hip hop was invented. At parties, sometimes held in burnt out and dilapidated buildings, young artists experimented with DJing and emceeing. Jamaica-born South Bronx teen DJ Kool Herc has been credited as the first person to break and loop a beat on the turntables while an emcee rapped over the beat, but many others in the community ran with the idea to create new beats and styles throughout the 1970s.

Out of this grassroots, underground music scene rose other crucial aspects of hip hop like breakdancing and graffiti-style street art. The emerging hip hop culture provided a nonviolent alternative to the gang culture that had developed as a result of the marginalization of these communities. In 1971, Bronx youth organized a citywide truce between gangs—and at the peace meeting they decided to compete through arts such as dance, graffiti, and fashion instead of violence. This meeting laid the groundwork for the hip hop movement to flourish.

From the Bronx, the popularity of these music and dance forms spread across the country, and a hip hop artist signed with a major record label for the first time in 1979. Soon hip hop swept across the globe, and it continues to be one of the most important genres in the music industry.

The Marches for Voting Rights in Alabama

Martin Luther King Jr., John Lewis, and other civil rights leaders were famously involved in the campaign for Black voters’ rights in Alabama, which culminated in the signing of the 1965 Voting Rights Act. However, it took thousands of very persistent citizens, and many different acts of protest by many different sectors of society, to fuel the movement.

The movement started on October 7, 1963, when about 350 Black citizens lined up to register to vote in Selma. Most of them were denied, but the group made a statement, sparking the need to put more pressure on local authorities to uphold voting rights. In response to the growing unrest, a county court judge issued an injunction to prohibit gatherings of three or more people to discuss civil rights or voter registration in Selma.

Protests, marches, and attempts to register continued for weeks in Selma. On March 7, 1965, a group of 600 people participated in the first attempt at marching to Montgomery, the state capital, to drive home the need for voting rights. But the marchers didn’t even make it out of Selma, as Alabama state troopers confronted them with violence on the Edmund Pettus Bridge, giving the day the nickname “Bloody Sunday.”

Just two days later, another group of 2,000 people, including many white supporters and members of the clergy, started to march again for the cause, but ended up turning around at the bridge. Then on March 14, 1965, a group of 400 Black and white students marched in Alabama in favor of Black voting rights, and were met again with violence. The very next day, President Johnson urged Congress to support a Voting Rights Bill.

On March 21, the true march from Selma to Montgomery began, this time with the protection of federal troops. About 8,000 protestors gathered at the beginning of the five-day march—and although the numbers varied throughout the course of the route, the crowd of demonstrators at the march’s finale in Montgomery numbered about 25,000. Many of them had traveled to the Alabama capital from all over the country to show their support.

Finally, on August 6, 1965, President Johnson signed the Voting Rights Act into law. Although the support from thousands of white Americans did help the campaign get the media attention necessary to enact change, it was the Black citizens of Selma who initially had the courage to stand up for their right to vote, over and over and over again. 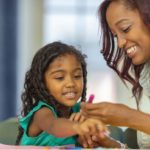 5 Activities to Celebrate Black History Month With Your Kids 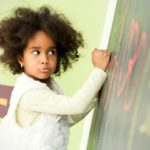 5 Skills Every Kid Should Know Before Kindergarten 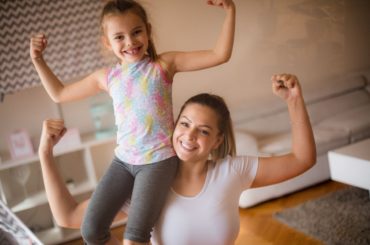 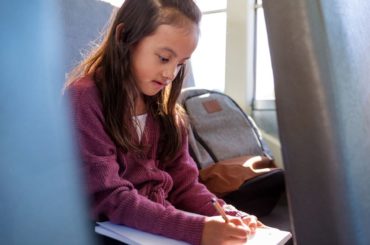 How to Talk to Kids About Anti-Asian Racism 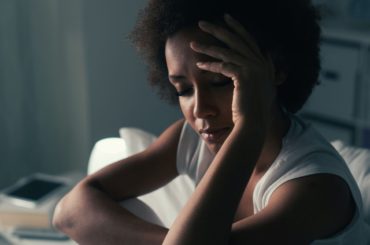 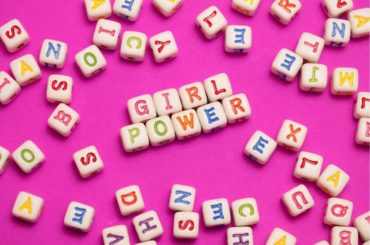