On top of all the negative impact climate change has on the health and nutrition of our kids, another one of its many ill effects is how it disproportionately affects minorities. Now new research shows it may be at least partly responsible for a racial education gap in U.S. schools.

A research paper published in the journal Nature Human Behavior looked at standardized achievement data across 58 countries. It found that across the board, students performed worse on standardized tests for every additional day of weather that was 80 degrees Fahrenheit or higher, even after controlling for other factors. What was most surprising was that in the United States specifically, the negative impact of higher temperatures seemed to only affect Black and Hispanic students. Researchers theorize that this suggests a connection between these lower test scores and the fact that minority students are less likely to live in homes and attend schools with air conditioning.

Previous research has shown that higher temperatures can impair cognitive performance, and anyone who’s had to study or work in an environment with inadequate climate control understands how difficult it can be. In fact, a Harvard paper from 2018 found that increasing temperatures by just one degree can reduce the amount students learned over the course of the academic year by 1 percent. But this particular study is among the first to link rising temperatures to skill formation. “It’s like a thousand little cuts to your ability to focus and concentrate and learn,” R. Jisung Park, the paper’s lead author and an assistant professor of public policy at the University of California, Los Angeles, told The New York Times. The effects of hotter classrooms accumulate over time, making it increasingly difficult for kids in these situations to learn and retain information.

These results are not the first to underscore how climate change negatively affects minorities more than the general population. A study in the Journal of the American Medical Association found that pregnant women who live in places with higher temperatures and air pollution are more likely to have babies that are born premature, stillborn, or underweight. The subpopulations at highest risk were persons with asthma and minority groups, especially Black mothers. Similarly, this month’s Intergovernmental Panel on Climate Change (IPCC) report stated that the trend in higher temperatures and more frequent natural disasters caused by climate change is linked to adverse outcomes like low birth weight, pregnancy loss, preterm birth, and other pregnancy and birth complications. These risks are even higher in the U.S. for populations that are disadvantaged in the health system, such as Black women and low-income women.

Experts say that addressing the academic inequities associated with climate change will require increased funding for low income schools, but since air conditioning itself contributes to global warming, simply installing it isn’t the answer. A real solution requires both improvements to schools for things like maintenance, adding green space to playgrounds, and other sustainability measures, as well as positive changes to our environmental impact to combat climate change itself. 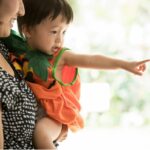 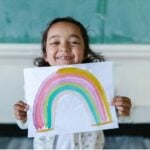