The Biden Administration’s Build Back Better Act is currently stalled in Congress, but Biden and other Democrats are still pushing to pass an economic plan to help families  as soon as possible. One of the most important provisions of the bill would establish universal pre-school and allocate the largest ever investment in child care in history.

This pre-K and child care policy would lift an enormous burden from many American families—in particular for single women, and most especially for women of color. However, many parents have trouble conceptualizing what this huge investment in child care and universal pre-school would actually look like in practical terms.

“For decades, child care prices in the United States have risen faster than family incomes, yet the United States still invests 28 times less than its competitors on helping families afford high-quality care for toddlers.”

The status quo in pre-elementary education for the time being is that families are financially responsible for any child care they need. With the exception of Head Start, which is available based on a family’s income meeting eligibility requirements, and other early education programs that are often hyper-local and up to parents to find themselves—there are virtually no free or low-cost options for families who need child care for younger children.

Child care funding and universal pre-K, as laid out in President Biden’s economic plan, would be phased in over the course of several years. During the first three years, the federal government would ramp up spending on child care and preschool, particularly on child care worker wages and increasing support to child care providers.

As the spending increases, so will the number of low-income families that will have to pay nothing or very little for child care costs. By the fourth year, all families earning up to twice the state median income (nationally, this is about $197,000 for a family of four) will be guaranteed a maximum 7 percent copay for child care costs.

To establish universal pre-K, the bill builds on existing state programs to provide federal investment in free and fully inclusive access to high quality pre-K for every three- and four-year-old. This would essentially mean that, within a few years of passing the bill, children would have guaranteed access to free schooling and child care starting at three years old rather than five or six years old.

If this new plan to invest in children and families passes through Congress, it will be the single most transformative investment in the U.S. child care system since World War II. As parents, and particularly women, are being increasingly pushed out of the workforce, a mitigating measure becomes more and more necessary in order to offset the rapidly rising costs of raising a family. 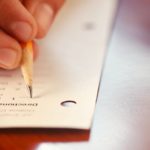 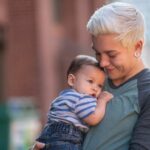